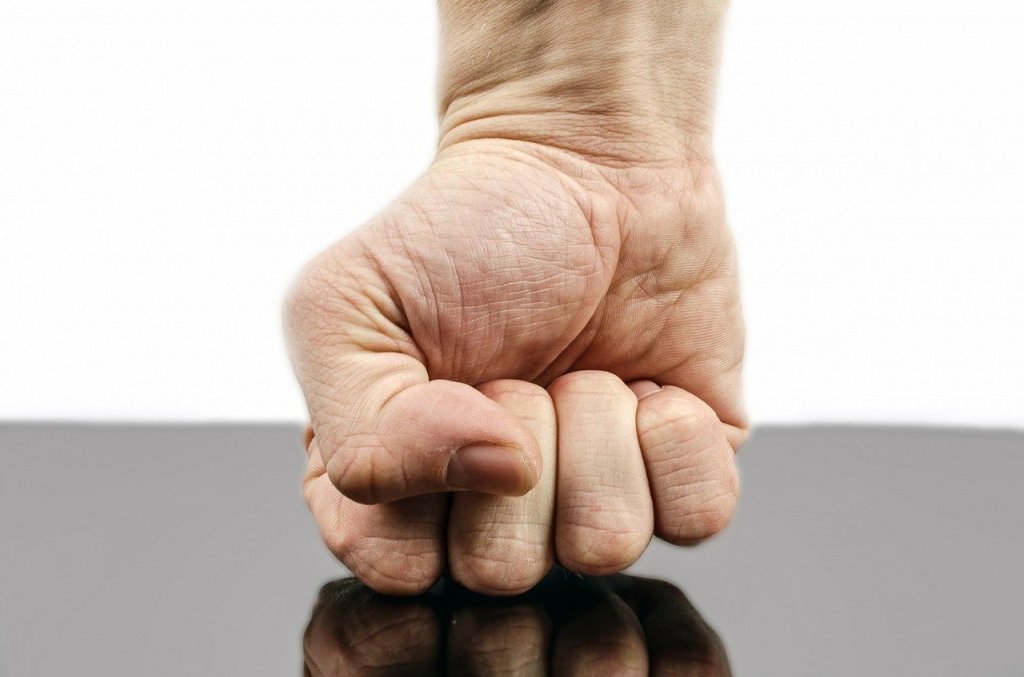 I’ve never seen anything like this in my life. I know that Bruce Lee had one of the fastest and strongest one-inch punches in history but the technology was trash back then and I’ve never seen 4K footage of Bruce Lee doing his thing.

This dude’s punch is so fast it’s practically impossible to capture on camera. People on Reddit have slowed his videos down to 0.1x speed and it’s still so fast you can barely see the punch. At normal speed, the punch only lasts five frames but our eyes don’t move fast enough to perceive what’s happening.

I’ve never hit the ‘follow’ button so fast on Instagram as I have with this dude’s (@mosstacx on IG) videos. You will too. Here’s the one-inch punch clip that’s going/gone viral along with some others below. We have to respect how he hops on the brick before snapping it like a twig so he can show us all the brick isn’t some sort of magical illusion. Here are Twitter and YouTube versions of this viral clip:

One Inch Punch demonstration from one of the top Chinese martial artists pic.twitter.com/DsqyTjx5VU

His Instagram feed only has fourteen videos on there right now and honestly, I’m a little stressed out watching all of them. This dude’s life seems to be all about breaking bricks and snapping wood in half. What happens to all of the wasted bricks and wood? Does it all get recycled? Is he just a one-man wrecking machine who is amassing massive piles of trash with his martial arts skills?

And here he is punching through two bricks while holding another person:

I’m getting some interesting vibes from this dude. He strikes me as the kind of guy who shows up to brunch well dressed and polite and by the third flight of mimosas he’s ripping the sleeves off his shirt and is forcing everyone to play drinking games. Within an hour he’s ready to fight the bathroom attendant for not letting him skip the line and then five minutes later they’re best friends. A real roller coaster of emotions with this energy here.

His videos really are incredible though