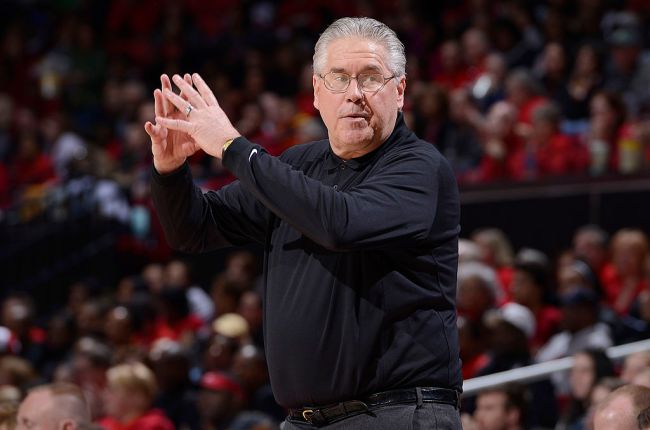 It is highly unlikely that this weekend’s women’s college basketball series between Army and Holy Cross is on your radar. But it should be. One of the best storylines of the 2020-21 college basketball season will come out of Worcester, Mass., as Maureen Magarity is set to coach against her father Dave. It is believed to be the first father-daughter coaching matchup in Division I history.

After her playing career at Marist came to a conclusion, Maureen set out to coach the game and joined her alma mater’s staff. One that her father happened to coach. After a one-year stop at Fairfield, she again joined her father’s staff at Army and learned under him for four years. In May of 2010, Magarity was hired to take over the New Hampshire program and did a spectacular job. She took a program that went 9-20 in her first year to its first-ever America East regular season title and an appearance in the 2017 WNIT. Maureen made the jump to Holy Cross during this past offseason and is in her first year coaching the Crusaders. The move to the Patriot League sets up this unique matchup of coaches.

“I think this year does put a lot of things in perspective. playing against my dad, he’s done such a great job throughout his coaching career,” Maureen said. “To survive coaching this long speaks volumes about my dad and what he’s taught me. I’ll try not to be emotional walking into that game.”

As for Dave, he is in his 15th year at West Point and has reached the NCAA Tournament three times. He will lead the Black Knights against his daughter in four games this season. Assuming that they will both remain in their respective roles at their respective schools, they will face one another at least twice a year moving forward. Because of COVID-19, the schedule was adjusted to include more conference games and less travel.

“It’s going to be surreal,” Dave said. “What’s unique about it – it goes without saying that not only is it possibly the first time it’s happened, but we’re in the same league. It’s one thing if we were playing in a tournament or it would have been nice to play in the NCAA Tournament or NIT. We’re in the same league, in this crazy season, we play each other four times.”

Both Maureen and Dave mentioned that it is a bummer that their family cannot be there, and Maureen joked that her mother will be rooting for a two-game split in the series. This weekend’s games will tip at 3:00 p.m. EST on Saturday and Sunday.