A Favorite Has Reportedly Emerged In The Recruitment Of Bronny James 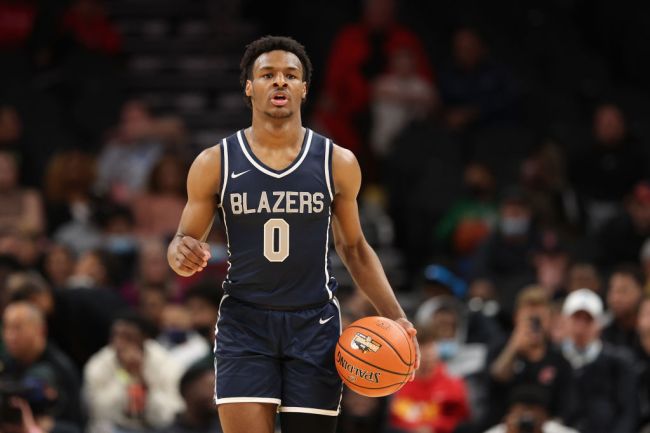 Despite all of the interest that usually surrounds his family, Bronny James’ recruitment had flown surprisingly under the radar heading into his senior season of high school basketball. That has recently begun to change as his recruitment has begun to heat up and now we are beginning to learn what his future could hold.

Just a few days ago, a report revealed that James was being recruited by Oregon, UCLA, USC, Michigan, and Ohio State.

Now a new report has established a favorite to actually land James. According to On3’s Jamie Shaw, Oregon is currently the leader to get a commitment from James.

Oregon was already expected to have a good recruiting class in 2023 and landing Bronny James would really be the icing on the cake for them.

Bronny had been expected to be one of the bigger names in his recruiting class for years and yesterday he gave programs another reason to want him to join their teams. On Sierra Canyon’s European tour, Bronny went coast to coast for an emphatic dunk that got plenty of attention.

It even got the attention of Skip Bayless, who shared the type of ridiculous take that he usually reserves for Bronny’s father.

Hey, Bronny … impressive. But your dad would've dunked it left-handed. You sure got away with it, though.

Regardless of which hand Bronny is throwing down dunks with, the Oregon Ducks would be pretty thrilled if they could add him to a loaded recruiting class.