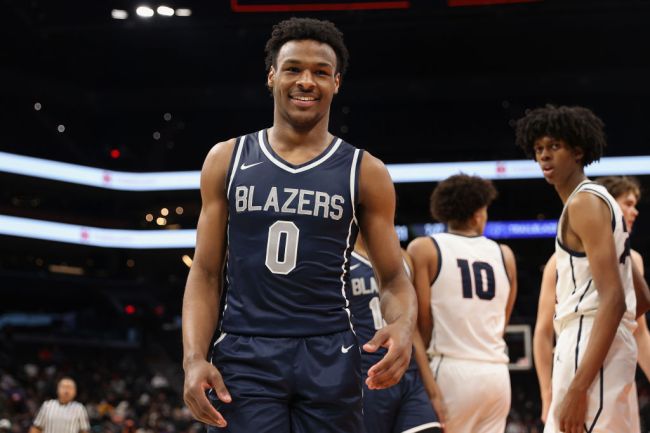 As Bronny James heads into his senior season of high school basketball, there hasn’t been much clarity about what his future may hold.

There has been talk of him playing pro basketball after high school instead of spending a year in college. There has also been talk about where he could end up playing if he does go to college, but there hasn’t been much indication of which schools are interested or where he wants to play.

Today, one half of that equation changed as a report revealed 5 top schools that are currently recruiting Bronny James.

According to a report from ESPN’s Paul Biancardi, Bronny is expected to play college basketball instead of going pro and is being recruited by UCLA, USC, Michigan, Oregon, and Ohio State.

All of these schools would give Bronny a chance to competitor a team that regularly finds themself in the top 25.

Michigan and UCLA each made it to the Sweet 16 this past season and met in the Elite 8 the year before, with UCLA coming out on top to claim a spot in the Final 4.

USC and Ohio State have also each regularly found themselves in the top 25 in recent seasons.

If Oregon were to land Bronny James, he would add to a very strong 2023 recruiting class for the Ducks that already includes a player ranked in the top 5 in the nation, one in the top 10, and another in the top 100.

Wherever he ends up, Bronny is sure to be a player to watch in college and his recruitment during his senior year will be one of high school basketball’s biggest stories.