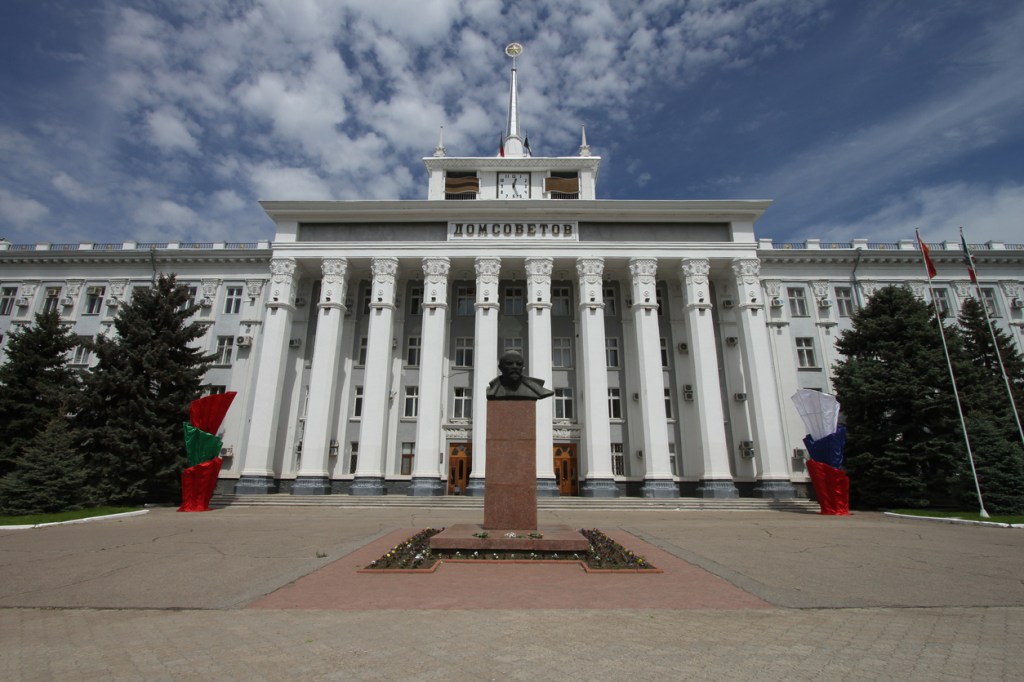 The 2021/22 Champions League Group Stage draw was held on Thursday. Teams were assigned to their 4-team groups for the upcoming Group Stage where the top teams will advance to the knockout stages.

This year’s competition is full of familiar names (PSG, Real Madrid, Barcelona, Manchester City, etc) but there’s one team in Group D whose name I’d never seen before. FC Sheriff Tiraspol is more commonly known as just Sheriff. It’s a team that plays in the Moldovan National Division league of Moldova so I assumed they were Moldovian but that’s not the case at all.

Sheriff is located in a ‘breakaway state’ that isn’t recognized by other European nations. The only countries that recognize Sheriff’s home state as an official place are other breakaway states. Let me explain…

Fotbal Club Sheriff plays in Sheriff Stadium and they’re owned by a company named Sheriff. In fact, the team is named after the owner. Sheriff (the owner) is a company formed in the 90s by two dudes named Viktor Gushan and Ilya Kazmaly and they own all sorts of things like gas stations, grocery stores, a TV channel, construction company, an alcohol factory, advertising agency, and a few other businesses in addition to the soccer team.

Sheriff the company and the soccer team (and the stadium) can all be found in Tiraspol, Transnistria. Tiraspol is the capital of Transnistria. Scrolling past that name is actually what caught my attention because I was shocked there was a European country I’d never heard of. As it turns out, it’s not a real country.

I’m sure there are some college professors and Europeans out there reading this right now who are losing their minds at how little I know about these breakaway states but this is 100% not something we’re ever taught in American schools.

Moldova has granted Transnistria ‘special legal status’ to exist but Moldova still claims Transnistria as part of its sovereign territory while Transnistria is like ‘nah, we’re cool, we’re doing our own thing.’

It’s a legitimate shame that Netflix or Lifetime hasn’t released a Christmas-themed Romantic Comedy film based in this country that doesn’t exist.

There are an estimated 469,000 people who live in Transnistria (GDP $1 billion). They use their own currency, the Transnistrian ruble. And Transnistria issues its own passports (picture here on Wiki).

The last time someone checked, 97% of the non-existent country was in favor of a complete separation from Moldova which legally they think they have but Moldova’s like ‘nah, go sit over there for a few more years while we keep arguing with Ukraine.’

If all of this sounds sketchy then this excerpt from the Wiki entry on Transnistria won’t shock you at all: Transnistria’s economy is frequently described as dependent on contraband and gunrunning, with some labeling it a mafia state.”

When the Soviet Union collapsed, “40,000 tonnes of weaponry and ammunition” were left behind in Transnistria. Measuring the number of weapons by total weight is pretty wild. This included tanks, armored vehicles, self-propelled weapons, and everything else you’d expect Soviet Union soldiers to have stashed away.

The FC Sheriff team of Transnistria is on Instagram. I think this sets itself up perfectly for a Season 3 inclusion in Ted Lasso.

Again, I’m sure there’s some Transnistrian expert reading this and losing their dang mind at my complete lack of knowledge about this breakaway state. Everything I know about this place I learned from Wikipedia this afternoon after seeing FC Sheriff in the Champions League. Suffice it to say I’ll be rooting for Sheriff to succeed in this season’s Champions League tournament.

If anyone can suggest some books or articles to read more about Transnistria I’d definitely like too learn more. Hit me up on Twitter at @casspa.