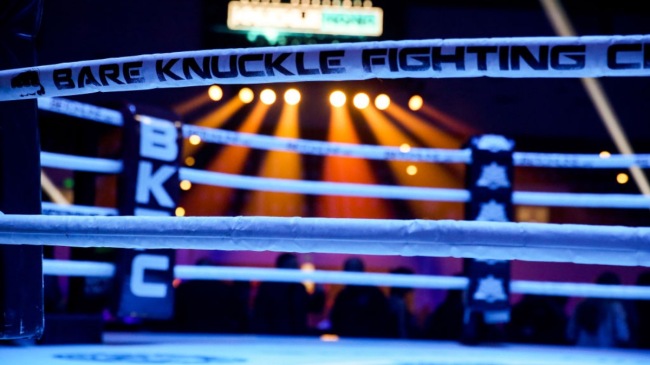 The Bare Knuckle Fighting Championship held their 3rd event in Thailand today and the event provided fans with an interesting moment.

The event was headlined by a fight between one of the greatest Muay Thai fighters of all time and a decorated Turkish kickboxer and featured a title fight between the first fighter to compete 3 times in BKFC and a 19-year old opponent.

However, it was a fight early on in the card between Tai Emery and Rung-Arun Khunchai that ended up stealing the headlines.

The fight didn’t last long, with Emery landing a clean uppercut-hook combo to put Khunchai away in just 1:41, giving Emery a quick KO win in her BKFC debut.

Emery took off to celebrate the victory, running to the ropes and hopping on top of them. She then proceeded to lift her top and flash the BKFC crowd.

Long-time UFC welterweight Chris Lytle was on commentary duty for the fight and had a perfect reaction to the moment. Lytle said, “Interesting celebration there there by Tai Emery. Haven’t seen that one before.”

Emery is a former model from Australia who previously played in the Lingerie Football League. She was also scheduled to fight for the Lingerie Fighting Championship.

In this fight, Emery lived up to her stated goals for her fighting career. In the past, she has said that she wants to bring a new movement to the combat sports world. That movement is “Titties and Violence”.

It didn’t take Emery much time at all to bring both of those things to the Bare Knuckle Fighting Championship.

Emery was sponsored by former adult film actress Kendra Lust, who approved of the celebration from the fighter.

And this why i sponsored her lol .. lets go 🙌🏻 love it!! So happy for her she put in a lot work & has been waiting a long time for this fight to happen.