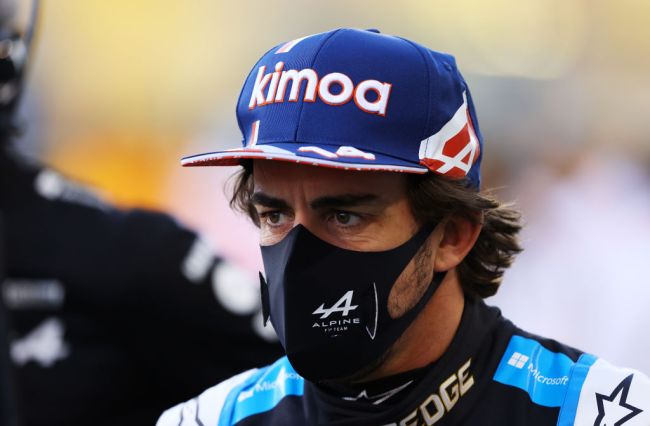 After stepping away from racing in 2018, Fernando Alonso made his Formula One return over the weekend with the rebranded Renault team, now called Alpine. Unfortunately, his Bahrain Grand Prix was cut short thanks to a sandwich wrapper getting stuck in the brake ducts of his car.

Yes, a sandwich wrapper caused Alonso and his car worth millions and millions of dollars to retire from the race.

The Alpine team explained the bizarre situation after the race.

“After his first stop we had a small issue that forced us to reduce the performance of the car, then after the second stop, a sandwich wrap paper got stuck inside the rear brake duct of Fernando’s car, which led to high temperatures and caused some damage to the brake system, so we retired him for safety reasons,” Alpine executive director Martin Budkowski said.

“It was a very unlucky first race for Fernando considering how strong he looked.”

Alonso, a two-time world champion, had a strong session the day prior to the race qualifying ninth for the Grand Prix.

I think the majority of people out there would be absolutely fuming if their first race back was cut short by a small piece of paper getting caught in the brake ducts. Maybe that’s what sets us regular folk and Alonso, a certified racing legend apart, however, as he didn’t seem to angry after the fact.

“It was a shame that we could not see the chequered flag today because I really enjoyed the whole thing,” Alonso said. “It was nice to be back racing. It was nice to feel again the adrenaline at the starting grid, the national anthem, all these procedures were very emotional today for me.”

Lewis Hamilton was able to hold off Max Verstappen, who began the race in pole position, to take the first race of the 2021 Formula One season.