Fernando Tatis Jr. Steals Third Base While Up Six Runs A Day After ‘Unwritten Rule’ Controversy 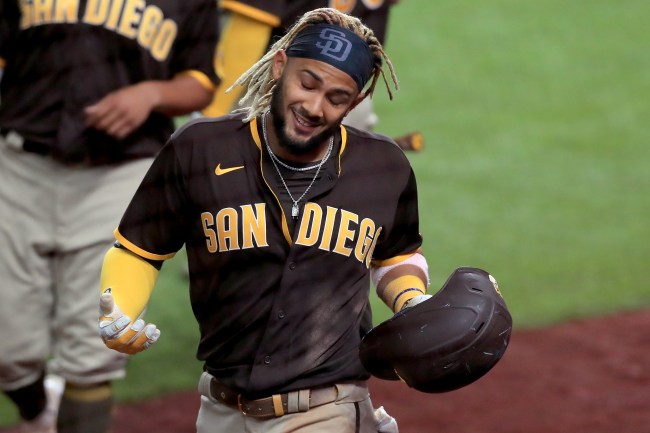 Fernando Tatis Jr. is bringing fun back to baseball by violating all of the sport’s dumb unwritten rules.

On Monday, Tatis faced heat from the Rangers and his own manager when he hit a grand slam during a 3-0 count while up big late in the team’s game against Texas.

The Rangers just threw behind a Padres hitter because the previous hitter (Fernando Tatis Jr.) hit a granny on 3-0.

Here's a thought: how about you learn how to not give up 14 runs and not give up 7 RBI to a kid who can barely legally buy a beer. pic.twitter.com/y68zDQW8dS

Tingler saying he’d rather his own player take a strike than hit a grand slam holy shit what a dumb soft sport baseball can be sometimes. Constantly caught in its feelings. pic.twitter.com/58R1xRZ3m0

On Tuesday, Tatis responded to all the controversy by stealing third base while up six runs.

With this steal, @tatis_jr is atop the leaderboard in homers, RBI, runs, and steals. Dominant. pic.twitter.com/T9E8f7ARme