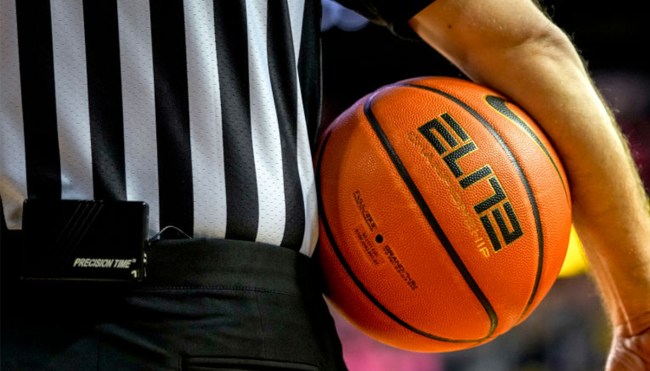 The NCAA Tournament is beginning to wind down.

We are just two games away from Final Four action, meaning we will be crowning a new national champion in the very near future.

Duke and Villanova have already punched their tickets to New Orleans by landing Elite Eight wins on Saturday. The two remaining matchups will come down to North Carolina vs. Saint Peter’s and Kansas vs. Miami.

One bettor is hoping for a win from both the Tar Heels and the Jayhawks as they look to cash in on this incredible Final Four futures parlay.

Check out the slip below.

The $25 wager would pay out more than $43,000 if it hits. The long shot of the bet is North Carolina. The eighth-seeded Tar Heels boast +2000 odds, far higher than any of the other three teams on the slip.

A UNC win over 15th-seeded Saint Peter’s would end the Cinderella story of the tournament, but it would also set up a Final Four matchup between Duke and Carolina in Coach K’s farewell season. That’s must watch television.

This bettor will be watching fiercely as the round of eight wraps up. A couple of big wins could wind up cashing in a fantastic payday as we get down to the final few games of March Madness action.