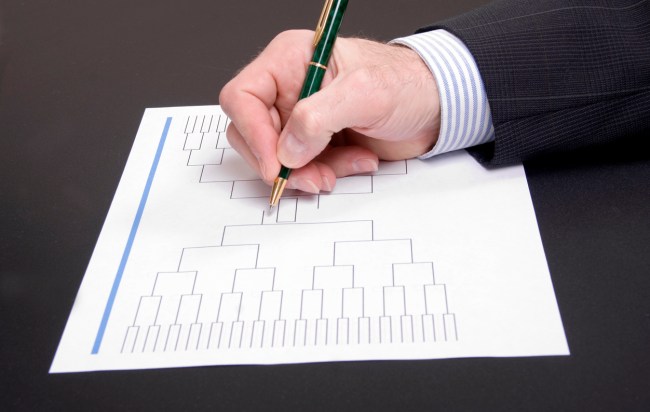 The NCAA Tournament officially kicked off last week as millions of people did everything they could to convince themselves this is the year they’ll finally construct a bracket that doesn’t implode after the first eight games despite having watched a collective 37 minutes of college basketball over the course of the season (a sizeable chunk of which was just watching Zion Williamson’s shoe exploding on loop).

As we recently established, the odds of picking a perfect bracket are absolutely astronomical, which is how Warren Buffet gets away with offering Berkshire Hathaway employees $1 million a year for life if they manage to pull off the feat (well, that and his ungodly net worth).

We’re now halfway through March Madness, and if your bracket is already busted, take solace in knowing you’re not alone. I really thought this was going to be Colgate’s year.

However, according to NCAA.com, there is someone who’s all alone and sitting pretty at the top of the standings thanks to having the only perfect bracket still remaining heading into the Sweet 16. 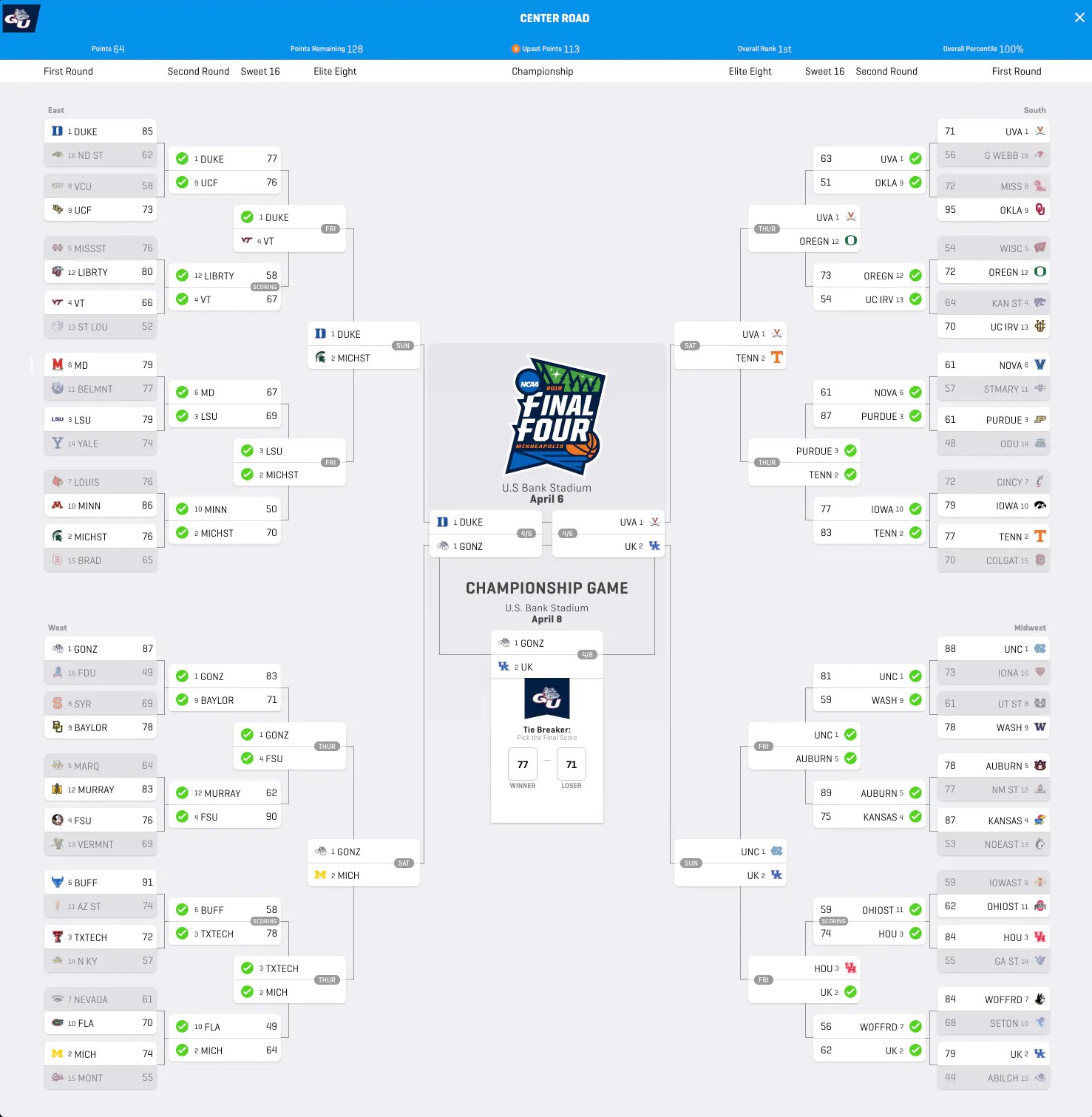 So far, there hasn’t been a ton of the promised madness and whoever is responsible for this bracket seems to be playing things fairly safe, as they’re not predicted any upsets to occur in the next round (the outlet notes the top eight teams in the tournament have never all advanced to the Elite Eight).