Sports Finance Report: The Fiscal Value Of A Historic Upset In NCAA Tournament 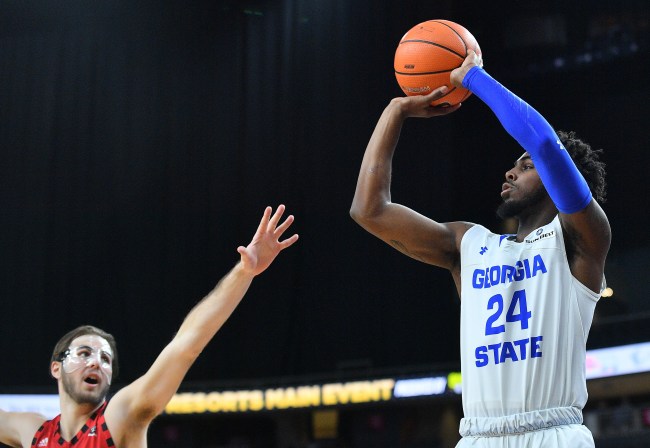 The Fiscal Value of a Historic Upset in NCAA Tournament

Yahoo! Sports (AABA) studied the financial impact of a low-major upsetting a top 3 seed in the NCAA tournament; using Lehigh (15 seed, beat Duke, ’12), Florida Gulf Coast (15 seed, beat Georgetown, ’13), Georgia State (14 seed, beat Baylor, ’15) and Middle Tennessee (15 seed, beat Michigan State, ’16) as subjects in their case study. Following historic wins, all 4 schools experienced an increase in freshman enrollment (+ 28.5% in applications, GSU), increased media exposure during the tournament ($346,000 worth, FGCU), a bump in merchandise sales (+ $500,000 YOY) and a flood of alumni donations (+ $454,000 YOY, Lehigh). Ultimately, Yahoo! Sports was unable to put a definitive value on a monumental upset (too many variables); but, they found that the figure was significant enough, that the schools have chosen to “reinvest millions in pursuit of another.”

Howie Long-Short: An increase in freshman enrollment is the most valuable of the benefits a Cinderella story receives. At Georgia State, Georgia residents pay just shy of $6,000/semester; while out of state students pay just over $15,000/semester. The school’s acceptance rate increased 17.4% in the fall of 2016, bringing the total number of students to 50,000. For the sake of round numbers, we’ll assume they added 7,500 students that fall. Even if they were all in-state students, the school is generating an extra $45 million/semester. No wonder school officials agreed to build the men’s basketball team a new training facility!

Fan Marino: Of course, the longer a team remains in the tournament, the more exposure its sneaker and apparel provider will receive. Nike (NKE) has the best chance to place a team in the Final Four, 70% of the 68 teams that were selected are sponsored by the company. Under Armour (11) and Adidas (9) also have a chance to reach San Antonio; Russell Athletic is going to need a miracle; their only squad in the dance is the Texas Southern Tigers. It must be noted Texas Southern won their play-in game over North Carolina Central 64-46.

Howie Long-Short: Adidas sales were up 35% YOY in fiscal 2017, enabling the company to surpass Jordan Brand in U.S. sneaker sales (and Under Armour in apparel sales). ADDYY now holds the #2 spot in the category behind NKE. How did that happen? As UAA and NKE focused on basketball sneakers (-20% in ’17), ADDYY built a pipeline of desirable lifestyle sneakers (Superstar, NMD, Stan Smith). Simply put, they’re producing a quality product desired by the consumer.

Fan Marino: Fun fact: Adidas sold 1 million pairs of sneakers in 2017 that were constructed from plastic found in the ocean. The Ultraboosts, each reusing 11 plastic bottles, were created in collaboration with Parley for the Oceans (an environmental organization).

“The Next Lululemon” Raises $34 Million

Outdoor Voices (OV), an “activity and sports” brand, raised $34 million in a Series C round; led by Alphabet (GOOGL) owned GV. The company will use the capital to expand its “physical presence” (currently has 7 stores, to add 5 more in ’18), believing brick and mortar retail (and hosting events nationwide) will help them to “unlock markets online.” Often referred to as “the next Lululemon”, the digital first company has been able to stand out in a crowded athleisure sector by developing a loyal social media following (200,000 followers on IG) and effectively using pop-culture influencers (see: Harry Styles, Frank Ocean), as brand ambassadors.

Howie Long-Short: Outdoor Voices’ direct-to-consumer online platform and the R&D behind their “technical apparel” is what’s drawn the interest of venture capitalists. To date, the company has raised $56.5 million; with General Catalyst leading the prior 3 rounds. In August 2017, former Gap and J.Crew CEO Mickey Drexler was named Chairman of the Board; Drexler is credited with turning Gap into a “global megabrand” in the 1990s.

Fan Marino: 2017 was a milestone year for athleisure, as “women’s elastic knit pants” outsold blue jeans for the first time. While sales of blue jeans have been on a steady decline since 2010, at an average annual rate of 3.9%, it’s been the fast rise (avg. of 25.7% per year) of elastic knits that have enabled the versatile pants to overtake the American staple.