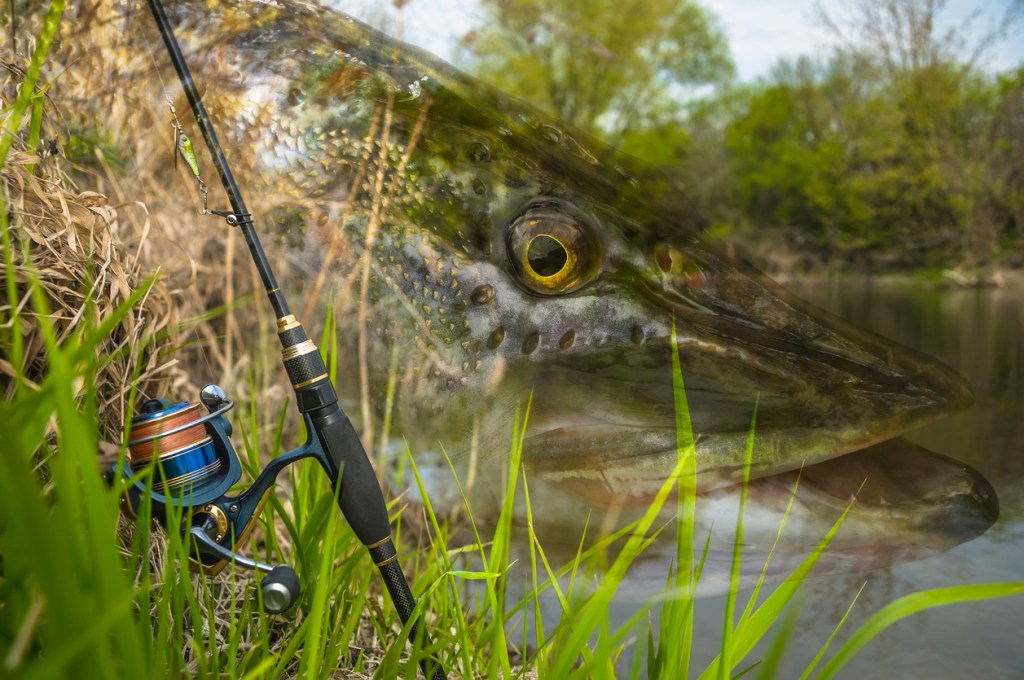 A Minnesota angler broke a state fishing record that’s stood since 1957 after hauling in a massive 55 pound, 14.8 ounce Muskie that looks big enough to be a baby dolphin.

The existing state fishing record for Muskie (Muskellunge, Esox masquinongy) had stood since 1957. That was a 54-pound fish caught on Lake Winnibigoshish. Nolan Sprengeler was fishing no Minnesota’s Lake Mille Lacs and hauled in a Muskie weighing over 55 pounds. And the fishing trip was almost over before it ever began because of the lake freeze.

When Nolan and his friends arrived at the lake at 3:30 pm the normal boat launches were frozen over AND the water levels were unseasonably low. Instead of giving up, they actually chopped through the ice at the boat launch to make enough room to get the boat in the water. After that, they cleared enough ice to get the boat out into open water.

Nolan told local news KARE11 that it was so cold (18 degrees Fahrenheit) that his fishing rods were freezing to the point that they were unusable. He was down to one last usable fishing rod around 9 pm when the record muskie smashed his bait.

He knew the Muskie was big but once Nolan Sprengeler got the fish to the boat and couldn’t actually lift the fish that’s when the reality began to set in. At first, he thought maybe he couldn’t lift the fish because he was cold so he asked his buddy Kevin for help to lift it up for pictures. Then they measured the fish and it dawned on them that he’d just caught a potential fishing record.

According to KARE 11, the fish was hooked deep. And with the water + air that cold it presented a lot of problems with trying to revive the fish. They attempted to revive the fish for nearly a full hour before accepting that it wasn’t going to survive.

The record Muskie measured 57.75” in length and had a 29” girth. After accepting that the fish wouldn’t be revived they set out trying to find a certified scale so it could be measured and weighed for the state record and to have a (replica) mount made of the fish.

Nolan and his friends could only get in contact with bait shops and stores that had certified scales up to 30 pounds and they were beginning to lose hope until they contacted a UPS store. Once there, the fish weighed 56 pounds, a new Minnesota state record.

The UPS store was able to provide an official notarized document of the record Muskie’s weight and after that, they went to the DNR fisheries office in Shakopee to submit paperwork for a new state Muskie record.

He told the local news this is “the pinnacle of his fishing career”. Now there’s nobody left to beat but himself.

The all-tackle IGFA fishing world record for Muskie (Muskellunge) is a 30.61 kg (67 lb 8 oz) fish that was caught in Lake Court Oreilles, Hayward, Wisconsin in July of 1949. That’s a record that has stood for a LONG TIME and one that every angler in the Great Lakes region would love to break.