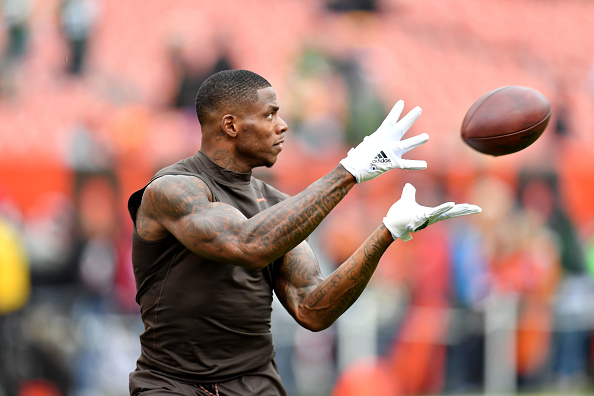 Tonight, the Cleveland Browns shocked the NFL world when they revealed that they were planning to release Josh Gordon after he mysteriously injured his hamstring on Friday night.

“This afternoon we informed Josh Gordon and his representatives that we are going to release him on Monday. For the past six years, the Browns have fully supported and invested in Josh, both personally and professionally and wanted the best for him, but unfortunately we’ve reached a point where we feel it’s best to part ways and move forward. We wish Josh well.”

According to a report from Pro Football Talk, Gordon injured his hamstring during a promotional shoot on Friday which led to the Browns to decide to cut him.

The injury prompted the Browns to rule Gordon out of Sunday’s game at New Orleans on Saturday afternoon. And the circumstances surrounding the injury apparently contributed to the decision that enough is enough.

Apparently the Browns are not cutting Gordon now that teams have shown interest to trade for him.

Multiple league sources believe the Browns will trade WR Josh Gordon before they release him by the Monday date they announced they would let him go.

Teams already calling the Browns, who league sources believe are far more likely to trade Josh Gordon than release him.

Gordon is a vested vet and is not subject to waivers. So if he is cut, he is a free agent and can sign where he wants, for what he wants.

A lot at stake.

Ian Rapoport is now reporting that five teams have already called the Browns to inquire about Gordon.

The #Browns announced they are releasing Josh Gordon, but they may not get there. I’m told as many as five teams are researching possibly trading for Gordon. Cleveland has a market.

Despite Gordon’s off-the-field issues it seems like teams are going to push hard to pick him up.