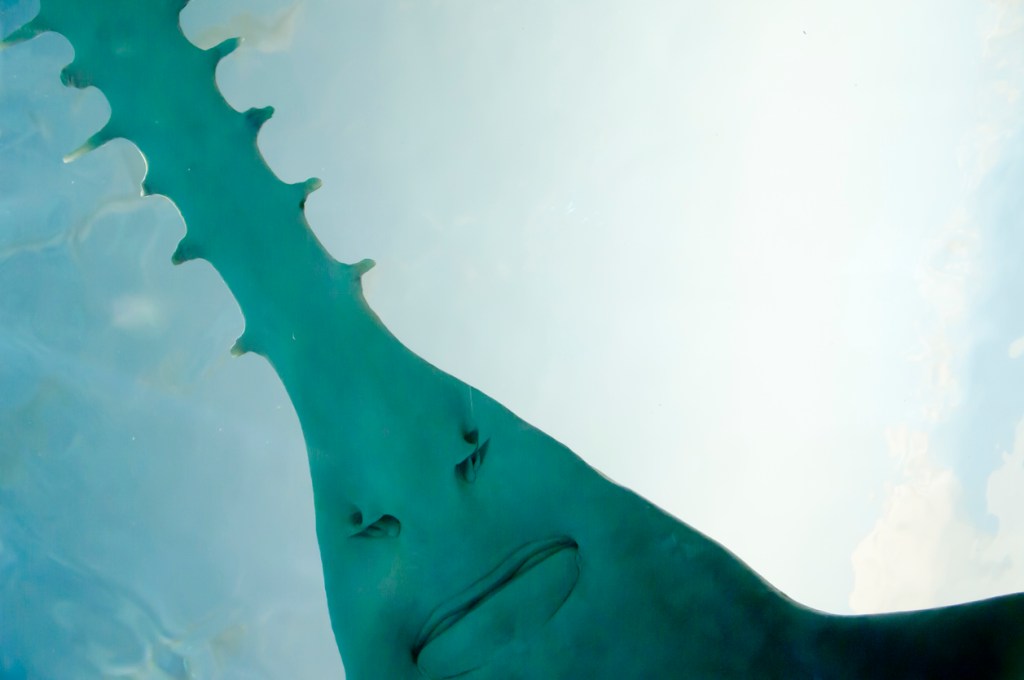 The Sawfish is one of the coolest species found in Florida waters. They look like literal dinosaurs with a lengthy nose (rostra) that’s covered in sharp spiky teeth. And it was just a few months ago when a 16-footer was measured in Florida back in April.

I’ve written about sawfish many times over the years here at BroBible and every time I liken them to dinosaurs. That’s because they’re built differently from just about anything else found in nature. It’s as if someone created a fish by combining a rhino, shark, and a unicorn.

It’s not unheard of for these fish to be caught in Florida but it’s rare enough that any time one gets caught the news usually ends up in the newspaper. Captain Peter Deeks recently caught one in the Indian River Lagoon near Fort Pierce. It took him two hours of fighting this creature before getting it to the boat for pictures.

Once the sawfish got close they realized something was up. It had a rope wrapped around its rostra which would’ve likely prevented it from eating easily in the wild. So there’s a solid chance that they saved the sawfish’s life by catching it. Check it out:

What’s wild is he caught this fish on a snook rig, a rod and reel set up to catch fish that weigh 5-10 pounds on average. As for the rope, the captain told Fox 35: “It wasn’t on there very tight but it was still tight enough where we tried to get it off a few times and then it just wasn’t safe for the fish, wasn’t safe for us, so we went ahead and let it go.”

The saw isn’t one of those features in nature that looks dangerous but is all for show. It is legitimately sharp and can wreck someone’s day. As the captain put it, the rostra is “like a real saw, super sharp super dangerous.”

You can get a closer look at the sawfish in this clip from Discovery:

This is a strictly catch-and-release species. They’re endangered and must be released as soon as they get to the boat.

If you’ve spent enough time in old Florida restaurants you’ve probably seen one of the saws mounted on a wall. The Smalltooth Sawfish was classified as endangered back in 2003 and prior to that they were incredibly rare but targeted as a trophy for the wall.

These days they’re generally only found in Florida but they once roamed from the Gulf Coast of Texas on down through Florida and all the way back up to North Carolina.