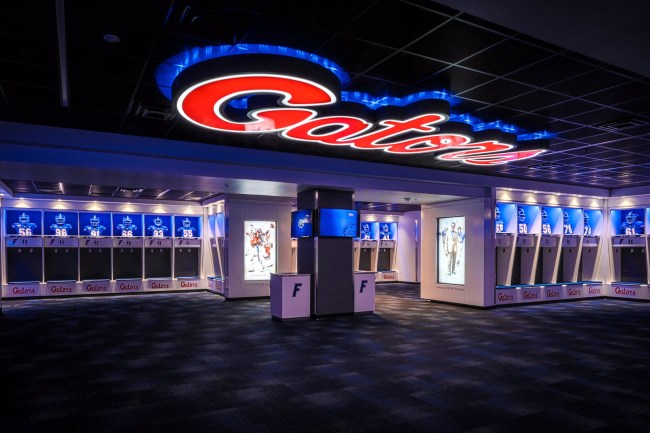 Let me kick this off by saying that I have no love for the Florida Gators. I’m a Florida State graduate and the Gators are and will always be our biggest rival. I won’t go describe the depths of my hatred for those cut-off jorts-wearing hillbillies in Gainsville but I just wanted to throw this out there first so you’d know I’m not a Gators homer.

With that out of the way, this is some good offseason content. We are about one month away from the start of the 2019-2020 College Football Season with the first game kicking off on August 24th but until that happens we’re still in this ‘offseason news cycle’ of really strange news.

I stumbled upon this thread late yesterday afternoon as I was bouncing around and I almost didn’t click at first but I’m glad I did just for the absurdity of it. This fan theory suggests that the success of Florida Gators Football is directly tied to the discography of the American rock band Tool who is set to release their 5th studio album on August 30th.

The Florida Gators are currently ranked #8 in the NCAA’s preseason poll but if this theory holds true, the Gators will be ranked higher by the end of the season.

Here’s this batshit theory from /u/22eyedgargoyle on r/cfb. I wish this was about another team and not the Gators but it’s still so outlandish that I can’t help but love it.

I was scrolling through news about the upcoming release of Tool’s 5th album in August after a 13 year hiatus of releasing music when I decided to read through the history of the band. I discovered something shocking. You see, Tool’s debut album Undertow was released April 6, 1993. In the 1993 season, the Florida Gators had a stellar year. They won the SEC over Alabama and the Sugar Bowl over West Virginia, overall finishing No. 4 in the country (according to the coaches poll).

Tool became somewhat of a successful metal band, garnering a significant following across the world. They released their sophomore effort Ænima to the world September 17, 1996. This album, with fantastic songs such as 46 and 2 and the titular Ænima, rocketed Tool into the mainstream metal scene. That year, the Florida Gators finished 12-1, SEC Champions, Sugar Bowl Champions, and Consensus National Champions. See the pattern.

On May 15, 2001, Tool released Lateralus, an album considered by many one of the best albums ever made, metal or otherwise. The Gators had a solid year, finishing 10-2 and being crowned Orange Bowl Champions. However, it was a bittersweet year as after it, Steve Spurrier departed to the NFL. The only explanation I can give for Lateralus not yielding a National Championship for Florida is that the album is actually made by aliens possessing the bodies of the members of Tool because no humans can write music that good.

On April 28, 2006 Tool released their most recent album. 10,000 Days was a solid album, on par with Ænima in quality and received much praise, especially for its display of the incredible technical skill of the band members. That season, Florida of course went on to be crowned National Champions again.

So what does this all mean? Well, Tool is releasing their fifth album late next month, as such Florida is destined for a good season. May Dan Mullen have mercy on our souls.

I’m not sure how professional sports gambler Jeopardy! James would use this information when betting College Football futures but as a casual bettor I’d take this theory to the bank if I wasn’t an FSU grad. There’s no shot in hell I’d ever place a bet on UF to win the National Championship and ever put myself in a position to have to root for them, but I fully encourage you to do so.

I’d like to send a special shout out to this random internet user for referring to Maynard James Keenan’s Tool as a ‘Progressive Metal Band’ and immediately outing themselves as a diehard Tool fan even if they’re trying to play it cool.

My favorite comment from the Reddit thread was ‘I can’t tell if this was a pure shitpost or a roundabout way to call Florida tools’ which sounds like someone could’ve been playing chess while the rest of us are playing checkers.

The Florida Gators have recently unveiled a fully renovated locker room that looks pretty sick so this might also have a positive effect on their season outside of Tool’s music.

Any 2019 College Football season predictions you want to get in now? Hit me up on Twitter at @casspa.