Florida’s Governor Says Every Team In The State Can Operate Its Stadium At Full Capacity And What Could Possibly Go Wrong? 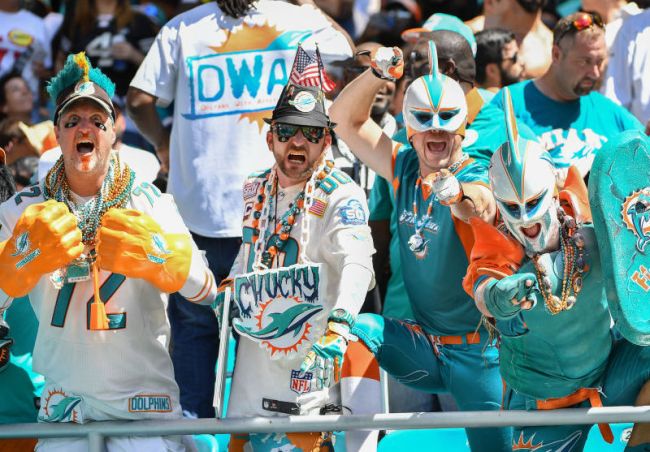 One of the biggest issues every league faced when trying to figure out how the hell to play sports in 2020 was how to host events that are typically held in front of tens of thousands of fans while a pandemic caused by a highly contagious (and largely airborne) disease continued to rage.

The fact that the NBA and NHL play their games almost exclusively indoors made the decision to bar spectators from the bubbles they constructed to finish out their season, and even though Major League Baseball toyed with the idea of allowing a limited number of supporters to scatter the bleachers, it ultimately decided to go down the fanless route as well (although that’s currently expected to change when the World Series rolls around).

The NFL, on the other hand, opted to defer to individual franchises in a fairly transparent attempt to try to pass the buck if the decision blew up in its face. Many teams are barred from allowing anyone to attend thanks to local government restrictions but a sizeable chunk of them have been operating at a diminished capacity—including the Miami Dolphins, who allowed a little over 11,000 people to pass through the gates for their home opener.

On Wednesday, Fox Sports reporter Andy Slater revealed a spokesperson for Florida governor Rob DeSantis said he’d lifted restrictions to allow the team to increase that number to the close to 65,000 people Hard Rock Stadium is capable of holding (although he said they were still planning on capping attendance to 13,000 when they play their next game there in a few weeks).

SLATER SCOOP: Miami Dolphins have been given clearance to go to full capacity of 65,000 fans at Hard Rock Stadium, Gov. DeSantis’ spokesperson tells me.

The team, though, says their current plan of 13,000 fans remains the same for their next home game on Oct. 25.

This seemed like a very bold strategy and it didn’t take long for the rep to reach out to clarify the statement—only instead of walking things back, they stressed that the new regulations actually applied to every team in the state, meaning the Buccaneers, Jaguars, and various college football programs can also pack their stadiums to the brim if they so choose.

DeSantis’ spokesperson follows up with me wanting to make it clear that after the governor recently dropped COVID-19 restrictions, all Florida stadiums were able to go to full capacity.

There has been a steady decline in reported cases in Florida after infections peaked over the summer, but with that said, blatantly ignoring the guidelines put in place to help flatten to curve in the first place would be an incredibly bad look for any team that opts to take advantage of the relaxed rules.

Thankfully, we live in a society where money has never taken priority over human lives so I’m sure nothing will go wrong.