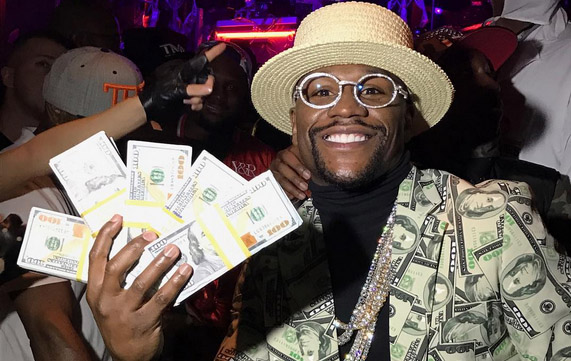 The current odds on the Mayweather-McGregor fight have Floyd at -400 which means he would pocket a cool $1.25 million on his $5 million bet.

One would think Mayweather would bet more money on himself if he was 100 percent sure he wasn’t going to lose.