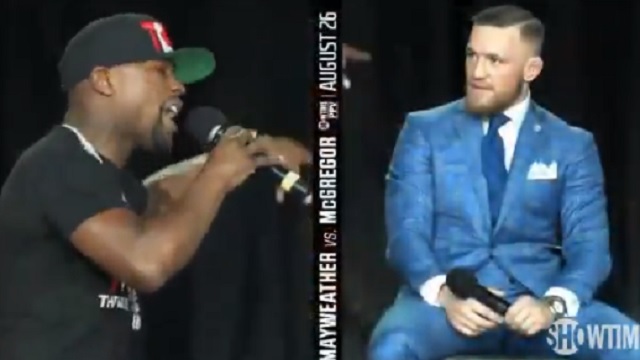 Floyd Mayweather and Conor McGregor met face-to-face for the second time tonight at their May-Mac world tour press conference in Toronto. During the night, McGregor fired off several hilarious jokes at Mayweather’s expense but the boxer wasn’t fazed by the trash talk and wanted to see if the Irishman would put his money where his mouth is.

While McGregor said that he was willing to bet his entire fight check against Mayweather, he knows damn well there’s zero percent that he would agree to that.