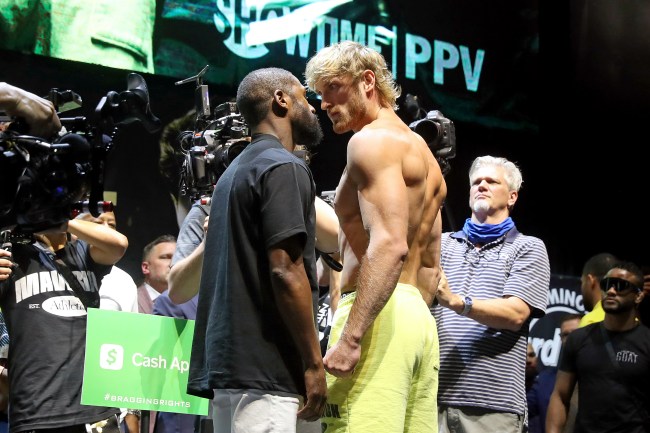 Floyd Mayweather claims he’s getting paid premium money for fighting someone who has only two amateur fights in his career.

On Saturday night Mayweather weighed in nearly 35 pounds lighter than his opponent Logan Paul as the two met face to face for the last time ahead of their fight on Sunday.

After the face-off, Mayweather spoke with TMZ and claimed he’s going to make between $50 and $100 million for his fight against the elder Paul brother.

TOTALLY UNEXPECTED: Floyd Mayweather says he will make between $50-100 million from Logan Paul fight, adds he will probably fight Jake after. pic.twitter.com/we64o2YC93

Floyd is aware that people are going to complain about his performance no matter what he does on Sunday but he says he doesn’t care and is just out to have fun.

You can watch Mayweather vs Paul live on Showtime PPV on Sunday 8pm.