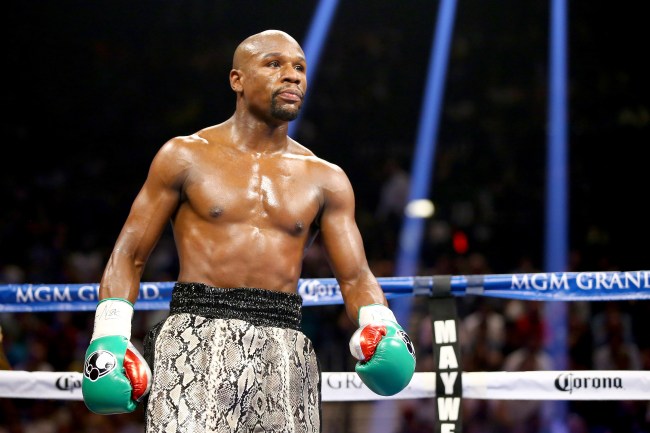 Earlier this week Mayweather appeared on the ‘Million Dollaz Worth Of Game” podcast and was asked about the possibility of his son’s becoming pro boxers.

Mayweather gave an honest answer and says he doesn’t think his sons have what it takes to go pro because they smoke too much weed.

A post shared by MILLION $ WORTH OF GAME (@mworthofgame)

While his sons aren’t into boxing, Floyd has some hope. For the past year, the retired boxer has been training his 14-year-old nephew in his spare time.

Floyd Mayweather on his transition from fighter to trainer: "This is my first day working with my 14yr old nephew who has absolutely NO boxing experience at all, and this is my second time doing mitt work… pic.twitter.com/Fg6rT7WS0k

Floyd Mayweather passing on his knowledge to his nephew, teaching by example on the heavy bag today…