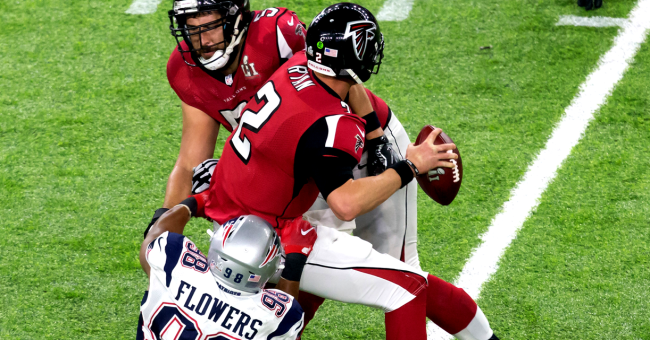 After having passed for 59,735 yards with the Atlanta Falcons, quarterback Matt Ryan ended up breaking the 60,000 career passing yard barrier on Sunday during his first game with the Indianapolis Colts.

In doing so, Ryan became just the eighth quarterback in NFL history to reach 60,000 yards passing.

He joined Tom Brady, Drew Brees, Peyton Manning, Brett Favre, Ben Roethlisberger, Philip Rivers and Dan Marino on that elite list by passing for for 352 yards with one touchdown and one interception in the Colts’ 20-20 tie against the Houston Texans. Brady, after Sunday’s Buccaneers game, has now thrown for 84,732 yards, most in NFL history.

Sunday’s game was also Matt Ryan’s 74th with at least 300 passing yards, moving him past Philip Rivers for fourth on the all time list behind Brees (123 games), Tom Brady (108) and Manning (93).

In honor of Matty Ice’s impressive achievement, the Pro Football Hall of Fame now has the football Ryan threw to surpass the milestone on display in Canton. They report that it is the first game-used artifact of the 2022-23 season to arrive at the Hall.

It is also the first time in recent memory that a Hall of Fame display ended up being a savage troll job.

Did the Pro Football Hall of Fame troll Matt Ryan on purpose with its game ball display?

Take a look and see if you can figure it out.

🗣 New to the Pro Football Hall of Fame

This past weekend, @Colts QB @M_Ryan02 became only the eighth QB in NFL history to reach 60,000 career passing yards.

The ball with which he passed this milestone is now in display in Canton. pic.twitter.com/gZmhdCLk68

There’s no way whoever created this display at the Pro Football Hall of Fame didn’t know exactly what they were doing when they slapped that “283” label on it, right?

New England Patriots fans are going to be flocking to this display to get a photo with the ball.

Patriots confirm that there are 283 diamonds in new champ ring. They were, of course, down 28-3. pic.twitter.com/XkVW5669an

The jokes on social media pretty much ended up writing themselves.

Someone check to make sure falcons fans are okay.

Seriously… “283” aside, one game with the Colts and he’s got a display in the Hall of Fame.