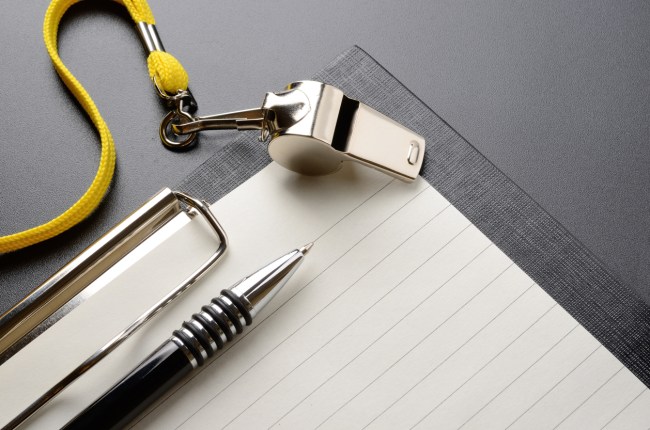 Shoutout to Mackenzie Lynn for out-smarting the entire male gender. At least, momentarily.

Ahead of this past Sunday’s game between the Kansas City Chiefs and Philadelphia Eagles, Mackenzie had an idea. She called up her father and asked him for some “football facts” about the game that she could use to impress her fiancé, Jake.

With five bullet points at the ready, she decided to try them out. Her notepad was on the left side of the bed and Jake was on the other.

As the game reached the second quarter, it was time to go with her first point — “Mahomes is not looking like Mahomes this year.”

Her fiancé was not expecting her to say that and had to ask her to repeat herself. When she did, he didn’t suspect a thing and replied “Yeah, I mean, he’s had better starts but he’s still the GOAT.”

And then Mackenzie runs through the following:

Her fiancé was tipped off by the Foles comment and asked where she was “getting this sh*t from.”

It was the fourth bullet point that gave it away— “The Eagles are getting so many fouls this game.”

In response, Mackenzie’s fiancé questioned, “fouls? Wait what are you looking at?” and her cover was blown.

It’s a valiant effort and it’s worth a watch in its entirety:

Perhaps if Mackenzie had gone with a word other than “fouls” she might have gotten away with it. Jake sniffed it out right away after the fourth bullet, but for a non-football fan to know about Foles might have been the tipping point.

Well done, Mackenzie. May your work inspire others like you.