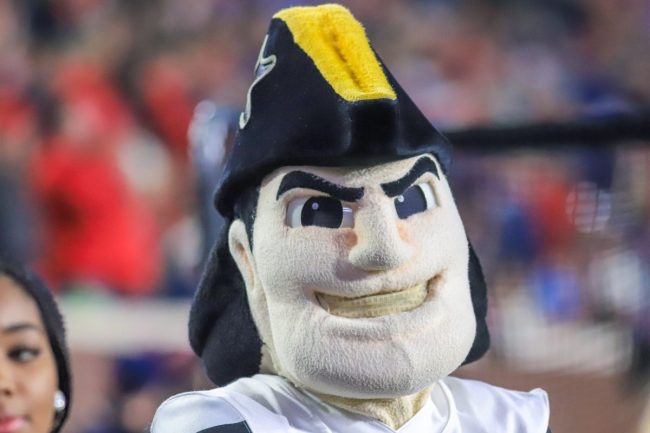 The Vanderbilt football team has pretty low expectations when it comes to how many wins they’ll get on the gridiron this year. At least according to the Vegas sportsbooks.

The Commodores went 2-10 this past year after finishing 0-9 in the conference-only 2020 COVID season. The program has lost 24 of their last 25 SEC games, including 21 straight.

Now, there were some close losses in that time, with the Commodores nearly pulling upsets over Texas A&M, Kentucky, and South Carolina over the last two seasons. Unfortunately, they found a way to lose each.

For those reasons, oddsmakers has set Vanderbilt’s win total at just two wins for the upcoming football campaign.

While the total seems a bit high, considering Vandy’s won just two games since 2019, there is reason for optimism in Nashville.

Vanderbilt will bring back a pair of experienced quarterbacks in Ken Seals and Mike Wright. They’ll also return their top rusher and a pair of 500-yard receivers.

The defense brings back a solid core, and it added a few transfers over the offseason.

That experience could prove beneficial when looking at a very favorable front half of the schedule.

Now, we won’t even take into consideration the SEC slate, because as we mentioned before, it’s been a while since the Commodores landed a conference win. But there is a path to three wins before league play begins.

The first four games come against Hawaii, Elon, Wake Forest, and Northern Illinois. There’s a strong possibility of starting 2-0, with Hawaii in a complete rebuild and Elon playing in the FCS.

Wake Forest could be without starting quarterback Sam Hartman in that Week 3 matchup, and they could sneak a win against Northern Illinois, though the game is on the road.

These reasons for optimism have one bettor throwing a boatload of cash on the Vanderbilt football team to exceed that two-win total.

A bettor @WynnBET dropped $4K on Vanderbilt OVER 2 Wins yesterday…

Stop what you're doing and find three wins on this schedule ⬇️ pic.twitter.com/xxdzAqU92d

A football bettor has dropped $4,000 on Vanderbilt to win more than two games.

It had many sports fans evaluating the Commodores’ schedule as they looked for wins. Most pointed to games one and two as the most likely, with hopes of Vandy pulling an upset or two the rest of the way. Take a look.

Elon Hawaii or NIU. He better pray he gets 2 cause there are none after those

You have push insurance as the first two are wins. UNI is winnable. Wake with no Hartman and no defense isn’t crazy to imagine.

He’ll know after the 1st month if he needs to start working overtime to recoup his losses. A push may be his best bet to get out of it unscathed.

Hawaii, Elon maybe Northern Illinois and with Hartman out at Wake that could happen

Some are certainly higher on the Commodores than others…

Others don’t see any SEC wins.

This bettor may very well know his fate by the end of September. But, hey, as long as there are two wins over the first four games, he’ll at least get a push.