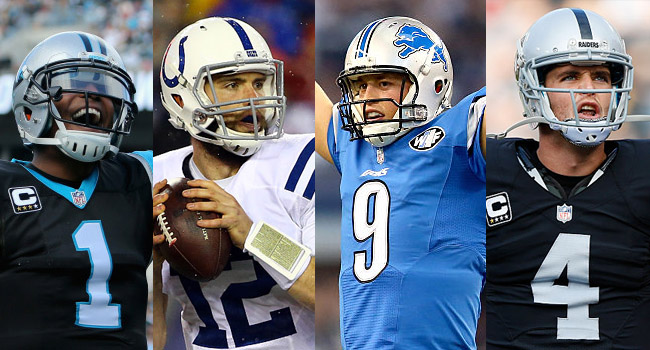 It’s good to be a quarterback in the NFL these days. At least based on Forbes’ annual list of the highest paid players in the NFL for 2017.

After adding up every NFL players’ salary, bonuses, endorsements, memorabilia, appearances and licensing money, the top four names on the list all play QB1.

Now we already know from the internet’s shocked reaction that Detroit Lions quarterback Matthew Stafford has the highest salary of anyone in the league. And well, it’s not even close.

Stafford will be raking in a grand total of $52.5 million in 2017 to grab hold of the top spot for the year. (No wonder the internet was stunned.)

Carolina Panthers quarterback Cam Newton ranks second in earnings thanks to bringing in an additional $11 million off the field for a grand total of $34.7 million.

Third on the list this year is a player who hasn’t played a down yet: Indianapolis Colts QB Andrew Luck. Luck be taking home $30 million this season, $27 million in salary and bonuses plus another $3 million off the field.

Fourth on the list is the guy who briefly this offseason held the title of highest salary in the NFL until Stafford surpassed him: Derek Carr.

Fifth on the list sees the first non-QB in Panthers defensive tackle Kawann Short, who Carolina used the franchise tag on, and will be earning $26.1 million this season.