Former Alabama Star Calls Out Defense After Loss To Tennessee 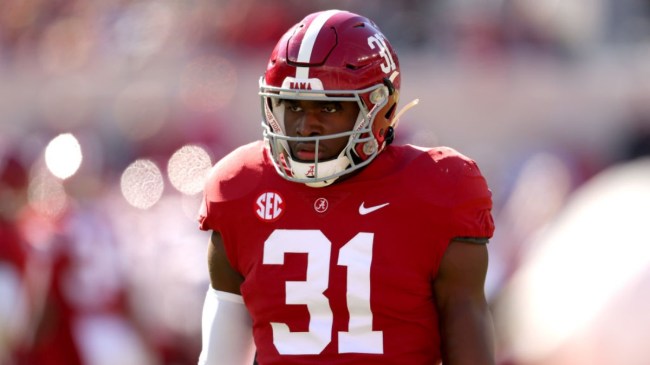 Last weekend, the Alabama Crimson Tide suffered their first loss of the season in a shootout against Tennessee. With the Volunteers scoring 52 points in the game, much of the blame for the loss has been placed on the Bama defense.

Despite the defense temporarily giving the team the lead in the 4th quarter, it’s easy to see why many would point the finger at them over them the loss.

Today, former Alabama player Roman Harper joined the chorus of those blaming the Alabama defense and he specifically called out Alabama star Will Anderson.

We've heard callers all week long blame the refs for Alabama's loss to Tennessee… @Harp41 is having none of it: pic.twitter.com/X1hRiJsq1W

Let’s pull the band-aid. Alabama’s defense was God awful.Coaching, players, execution… top-to-bottom… Will Anderson cannot play a game and have zeroes next to his name in the stat line. He’s too good and too dominant.

Anderson entered this season in the conversation to be the number 1 pick in next year’s NFL Draft despite the class being expected to have a loaded quarterback class. That conversation came as the result of a dominant sophomore season where he made 101 tackles, including 31 for a loss, and 17.5 sacks.

This year, he hasn’t quite lived up to the standard he set last season. 7 games into this season, Anderson has made just 32 tackles and only recorded 5 sacks.

If Alabama is going to get themselves into the SEC title game and fight for a spot in the College Football Playoff, they’ll need their defense to step up as they still have a matchup left against an Ole Miss offense that has averaged 40.9 points per game.

The Alabama defense will need to be a lot better than it was against Tennessee if they’re going to meet their expectations for this season.