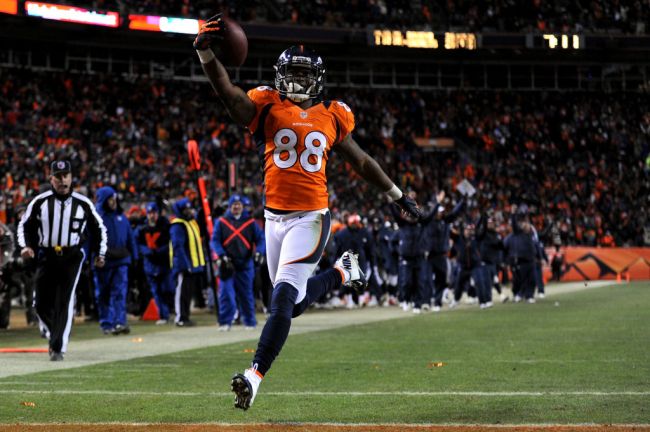 There’s some sad news coming out of the NFL world. According to various reports, former Broncos wide receiver Demaryius Thomas has passed away at 33-years-old.

Word first came from Thomas’ family members who posted that he had died.

Word is spreading that Demaryius Thomas has passed away today. Praying it isn’t true 🙏🏽🤲🏽 pic.twitter.com/EmkPpVEAOW

Several reporters then reached out to people close to Thomas and they confirmed the news of his passing.

He tells me that the rumors are true. The former Georgia Tech and Broncos receiver has passed away at the age of 33. pic.twitter.com/WnmVfm1ln2

Just got confirmation as well.

One of the kindest humans I've ever met. EVER.

Thomas played the majority of his career for the Denver Broncos and played alongside Peyton Manning when they won the SUper Bowl in 2016.

Update: Thomas was reportedly found dead in Roswell, Georgia but there is no word on his cause of death.

Demaryius Thomas was found dead in his Roswell, Georgia home tonight, local police told TMZ. Exact cause of death is currently unclear, but early indications are it was a medical issue. No foul play is suspected at this time. So sad. https://t.co/HtOY4ZI3Vf