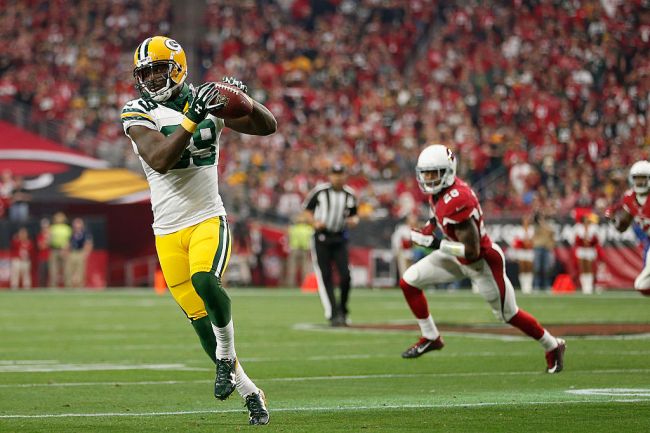 James Jones spent nearly all of his career catching passes from Aaron Rodgers as a member of the Green Bay Packers. That experience makes him somewhat of an expert on the reigning NFL MVP.

Yesterday on NFL Total Access, Jones revealed that he believes Trey Lance could be a player who ends up in the same category as Aaron Rodgers or Patrick Mahomes in his career.

.@89JonesNTAF thinks the future is bright for Trey Lance

"I think he's going to be in that category, years down the line, talking about him like we talk about Patrick Mahomes & Aaron Rodgers" pic.twitter.com/ozk7viJ0vW

It’s an interesting comparison from Jones, who would know better than most what the early years looked like for Rodgers. The Packers drafted Jones in 2007, which was Rodgers’ 3rd year in the league. At that time Rodgers had only attempted 31 career passes in the NFL.

Like the Packers star, Mahomes actually also had less in-game experience than Lance at the NFL level as he headed into his second season. As a rookie, Mahomes started one game, and went 22/35 for 284 scoreless yards and threw an interception.

With how those two players turned out despite the uncertainty heading into their second years, all of the positive reviews from teammates and coaches could mean that he is actually getting ready for a breakout during the 2022 season.

Lance didn’t exactly dominate in his first year in the league, but he did show flashes of his potential, throwing a pair of touchdowns against the Seahawks as the 49ers attempted to make a second half comeback and throwing two more against the Texans in his first career win as a starter.

If James Jones and the reports from the 49ers’ players and coaches are to be believed, we could be seeing Lance meet up with Rodgers and the Packers in the playoffs some time soon.