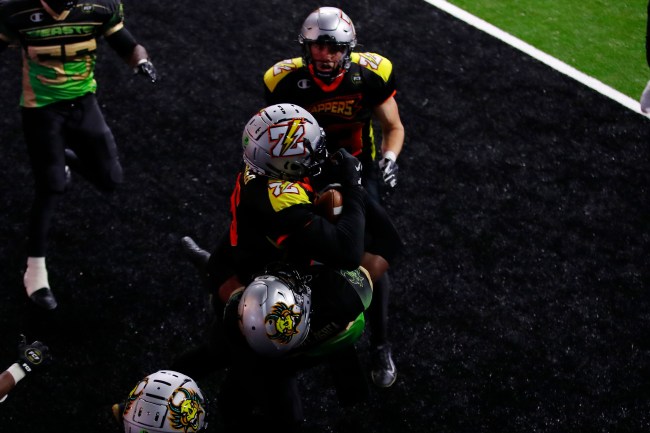 Josh Gordon made a big splash in his first game in the Fan Controlled Football league.

On Saturday night, the former NFL wide receiver caught his first touchdown on his first drive for the Zappers.

Josh Gordon catches a TD on his first drive in the FCF.

At the end of the game, Gordon made a clutch hail mary catch that resulted in a Zappers’ win.

LAST PLAY OF THE GAME!!! pic.twitter.com/PYGmFCLhLS

Gordon was feeling good about the win after the game on social media.

Welp… That was fun 🙃

Maybe Gordon’s success in FCFL could lead to an NFL comeback.