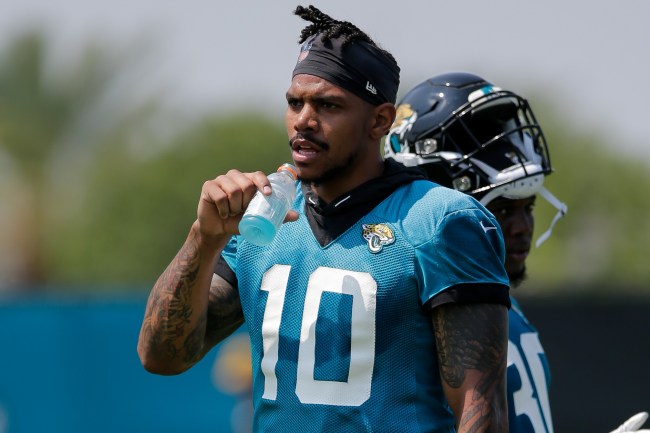 Three weeks ago former NFL wide receiver Terrelle Pryor was involved in a wild domestic violence incident where he nearly died after his ex-girlfriend allegedly tried to stab him to death in his apartment.

According to Pittsburgh police, Mr. Pryor and Ms. Briston got into an argument at their Heinz Lofts apartment about 4:15 a.m.on Nov. 30, which then turned into a tussle.

Mr. Pryor, who is charged with simple assault, was stabbed in the chest and shoulder area and almost died from blood loss, prosecutors said.

Shalaya Briston, who has been held in jail after being charged with attempted homicide for stabbing Pryor, has been released and will wear an electronic monitoring device as she awaits trial. According to TMZ, Pryor lobbied the judge and prosecution to release her.

The woman who allegedly stabbed NFL wide receiver Terrelle Pryor is finally being released from jail … almost 3 weeks after she was locked up.

24-year-old Shalaya Briston appeared in an Allegheny County courtroom via video conference Tuesday for a bond hearing in her attempted homicide case.

During the hearing, the judge agreed to release Briston on house arrest — she’ll stay with her mother and won’t be allowed to leave the home for anything other than court. She’ll be required to wear an ankle monitor.

Prosecutors said Pryor did not object to the release — and noted that Terrelle was campaigning for her release during a hearing last week … saying, “Let her out.”

Pryor is currently facing a misdemeanor assault charge for his involvement in the domestic incident but despite requiring emergency surgery it appears he will make a full recovery.