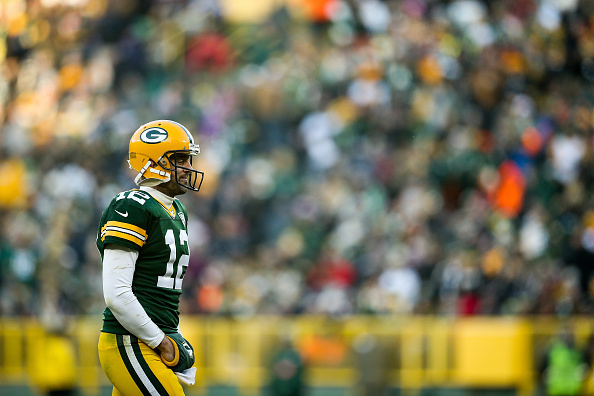 Aaron Rodgers had a rough day today against the Bears as they Packers lost and were subsequently eliminated from the playoffs.

Not only did Rodgers see his 402 game streak without an interception get snapped but he also got outplayed by Bears’ young QB Mitch Trubisky.

That’s how you clinch the NFC North! 🐻⬇️ pic.twitter.com/FQucTiYVOY

Missed opportunities for big plays! Aaron is off on long passes, the @packers should run the ball on early downs so 3rd down is manageable

I know what MM IS SAYING? “MAYBE IT WAS NOT ME” @GaryEllerson smh!

I mean really if you can’t out play Mitch Trubisky,how good are you?, Aaron’s only job is to OUT play the other QB! Agree? You will never win scoring 17 pts

Butler isn’t the only former Packer who is not enamored with Rodgers. Just last week Mark Chmura called out Rodgers for being a prima donna.

Aaron’s not going to come out of this looking good. Aaron might be happy, but Aaron, to me, looks like the prima donna basketball player in the NBA that wants his coach fired. There were rumblings last week — cause I listen to a lot of the national media — that were saying Aaron Rodgers is difficult to coach, whether that’s because he’s smart or whatever the case may be. He might be happy, but I don’t think he comes out of this looking good. He got his coach fired.”

Rodgers has had a sub-par season to his standards and people seem to be questioning whether he’s worth that big contract he just signed in the offseason.