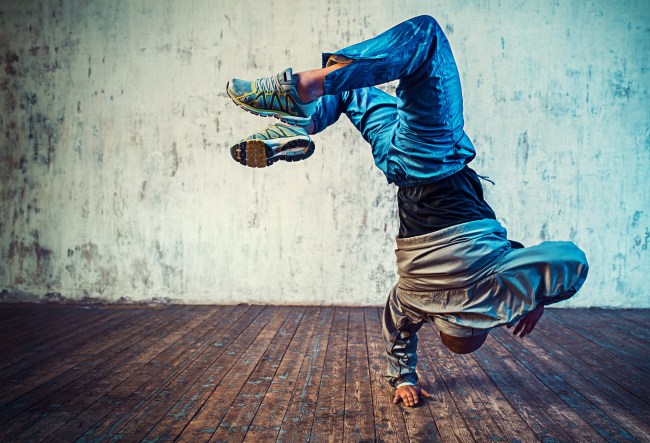 The Summer 2024 Olympics in Paris just got A LOT better after four new sports were provisionally added to the slate of events. Two of those four sports can easily be considered mainstream, Surfing and Skateboarding, the other two are interesting.

Sport Climbing has been added as well as Breakdancing. Now this is a “sport” that’s completely out of my lane. I didn’t even know that competitive Breakdancing competitions existed or that there were still active breakdancers across the world. When’s the last time you saw someone breakdancing? Never?

The Breakdancing Youth Olympics looks like straight up insanity:

Skateboarding, Surfing, and Sport Climbing will make their debut at the 2020 Summer Olympics next year but while these four sports were provisionally added to the 2024 Paris games it doesn’t 100% guarantee that they’ll be around then…which means Breakdancing’s inclusion isn’t a certainty yet:

Additionally, skateboarding, sport climbing and surfing have each been placed on the provisional Olympic program. The three sports will debut at the Tokyo 2020 Games but were not guaranteed a place in the program after next year.

“I am delighted with the IOC Session’s vote in favor of our proposal to include breaking, sport climbing, skateboarding and surfing on the Paris 2024 Olympic Games program,” Paris 2024 President Tony Estanguet said. “Our aim from the outset has been to highlight what has been the strength of the Games for 32 Olympiads now – the diversity of the sports and the excitement that comes with performance – while also taking the opportunity afforded by the IOC to enhance the program and offer a new dimension.” (via SI)

I’m having trouble wrapping my mind around the fact that this will become an Olympics sport. I’ve never seen breakdancing on TV anywhere outside of like America’s Got Talent when I was flipping channels.

I can’t imagine this will be a sport that they’ll show in primetime but it will be pretty interesting if they do.

For more on this, you can click here to visit Sports Illustrated.