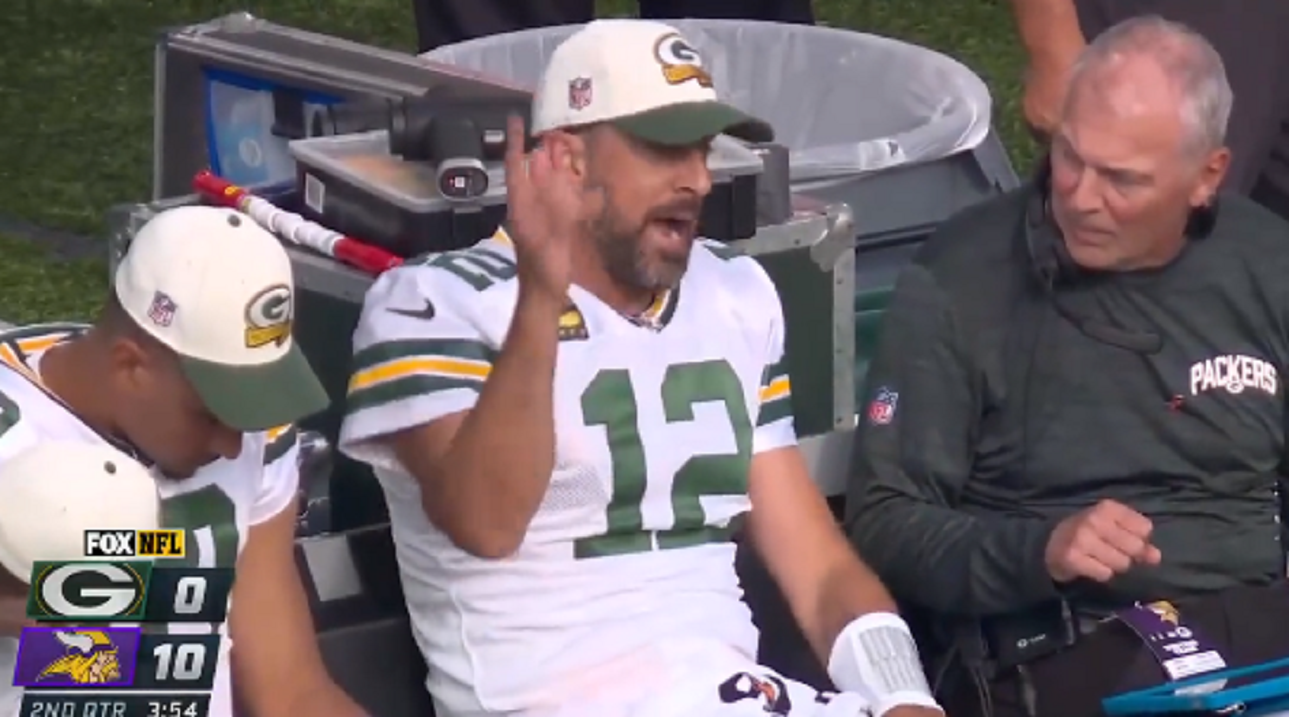 Aaron Rodgers looks like he’s fed up with the Packers already.

On Sunday, the Packers offense looked absolutely awful against the Minnesota Vikings as they went scoreless in the first half of the game.

During the game, Rodgers appeared frustrated with rookie wide receiver Christian Watson for dropping a perfectly placed deep pass that should have been an easy score for the team.

Christian Watson DROPS IT! Instead of a 75 yard TD on his first ever NFL snap, it's an incomplete pass #GoPackGo pic.twitter.com/NzaMRP7DqV

In the third quarter, Fox cameras caught an angry Rodgers having an animated discussion with a coach.

Aaron Rodgers showing some frustration on the sideline. pic.twitter.com/YXfuKilYPN