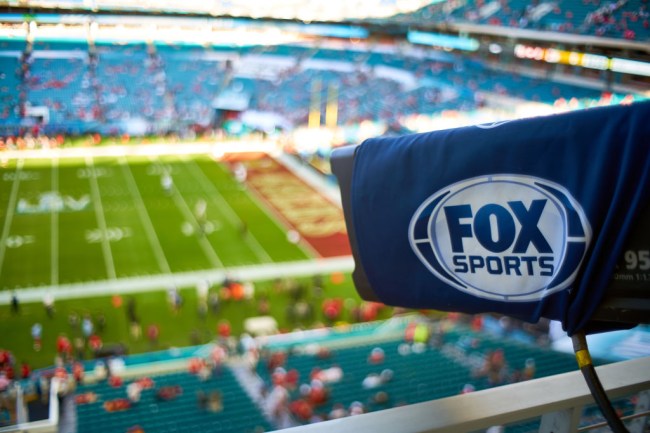 Much like some sharks can never stop swimming unless they want to bring their swimming days to a permanent end, it’s virtually impossible for any network executive whose job focuses on bringing televised sports to the masses to talk about their responsibilities and go more than three sentences without deploying the phrase “viewer experience.”

Broadcasters are constantly dreaming up ways to keep viewers engaged, entertained, and informed and use all of the technology at their disposal in an attempt to achieve that goal. Over the years, this perpetual experimentation has brought us things like the Skycam, the first down line, and other invaluable innovations that make us wonder how we ever survived without them. However, there are also plenty of times networks have tried to shoot for the stars only for the idea to implode in spectacular fashion the second it leaves the launchpad.

The ill-fated Boogermobile ESPN thought Monday Night Football needed is probably the most notable recent example of producers channeling the scientists in Jurassic Park by being too preoccupied with whether or not they could do something to stop and think if they should. However, the hate it received pales in comparison to the backlash that was directed at Fox when it forced the infamous “glowing puck” on NHL fans in 1996.

It only took a couple of seasons for Fox to put the puck out of its misery but it would continue to toy with other virtually useless technological advancements, like the dancing robot named Cleatus that has inexplicably graced its NFL broadcasts since 2005.

However, a year before it welcomed a bootleg Transformer into the fold, Fox briefly toyed with another CGI creation that was basically lost to history until someone over on r/NFL dug up the intro the network used to kick off the 2004 season, and folks, it is absolute nightmare fuel.

The idea of marketing executives up against a deadline inhaling piles of cocaine off of a conference room table in a desperate attempt to dream up an idea is admittedly cliche, but I cannot really figure out any other way to explain the existence of Jack Ripplemeyer—a.k.a. “Jack the Ripster”—a CGI football fan seemingly created with the same technology harnessed by the Taiwanese news outlet that routinely went viral in the early 2010s who is basically cocaine embodied in a grotesquely cartoonish human form.

As far as I can tell, this is the first and last time Jack graced America’s television screens and I can only assume the people who brought him into the world realized what a terrible mistake they had made as they watched the broadcast with a bloody tissue in their nose and saw an already crippling case of existential dread get even worse after realizing what they’d done.