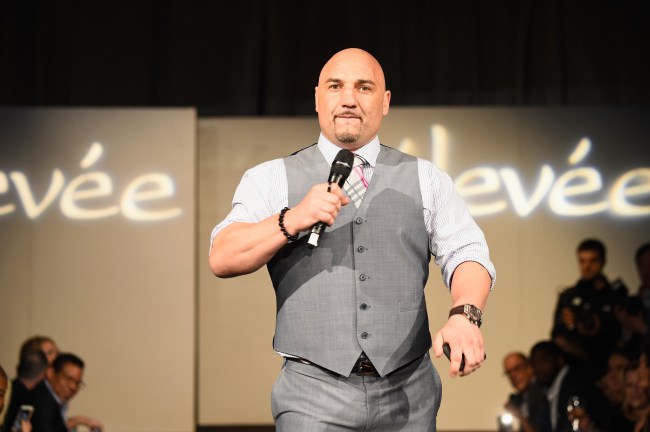 On Tuesday night, Glazer promised that he would have groundbreaking national news but insisted that he was only going to break it on his Fox Sports 1 show at 11 pm Wednesday night.

Exact @jayglazer quote on his news tonight on Fox Football Now on FS1:

"It will be very big breaking news. I can't say it yet. I'm telling you I'm breaking big news. Legit big breaking national news tomorrow (tonight) on the show. It's not news to make fun of. It's good news."

The news I have tonight is not transactional news, not a player getting traded or signed. Woke up to seeing y’all going ape-you-know-what guessing what it is. It’s not what you think. Fox Football Now tonight 11 ET/ 8 PT after race

With the draft scheduled to go down in a couple of weeks, speculation ran rampant on Twitter for nearly 24 hours about Glazer’s news.

NFL Insider @JayGlazer claims he is breaking some MASSIVE news tomorrow night.. What could it be I wonder? #PatMcAfeeShowLIVE pic.twitter.com/WJPHzXCm66

Anyone else checking twitter every 5 minutes for that @JayGlazer news?

Eventually, Glazer reported that Rams center Brian Allen had tested posted for Coronavirus three weeks ago and was recovering which is not the news people thought he was going to break.

So basically Jay Glazer played himself because people thought he was going to drop a bombshell. I hope nothing but the best for Brian Allen, but Glazer built this up like he was going to reshape the NFL landscape with this news. https://t.co/xQF1mldv5O

Jay Glazer hyped up some breaking news all day long. Turned out to be an NFLer testing positive for COVID-19. In what world is THAT something you hype up? Come on. Be better.

If that was the news that Jay Glazer was hyping up, he should be suspended immediately by FOX Sports.

They should be embarassed. Using the COVID-19 to pull in viewers is pathetic.

The fact that Jay Glazer actually used someone’s COVID 19 case to grab for ratings is pitiful and he should be ashamed of himself u don’t tell people to tune in for ground breaking news to report someone’s illness.

Hope Brian Allen's all good and wish him a speedy recovery… But Glazer can gtfoh man. Hyping it up 😂 smh pic.twitter.com/JHzrBHPQOT

Jay Glazer hyping up “breaking news” for multiple days to get everyone to tune into his show just to announce an NFL player has corona virus is a clown move. Using someone who has corona virus for views is scummy.

Jay Glazer and Fox Sports using COVID-19 hype to build up this “breaking news” announcement for over 24hrs is some straight scum bag shit. With that said, I am a fucking MORON for staying up just to hear it. https://t.co/lrVdZ2JNLO

Jay Glazer is officially a piece of shit, never liked him and what he did tonight certified it. That’s a real piece of shit move, using a player contracting a virus just to get ratings and views @JayGlazer @NFLonFOX @FOXSports #JayGlazer