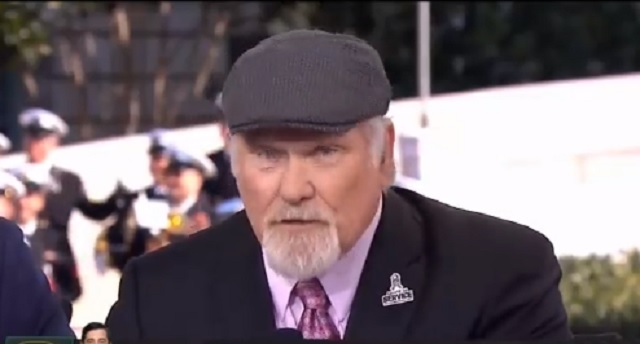 Terry Bradshaw is not a fan of Aaron Rodgers right now.

During Sunday morning’s Fox NFL pregame show, Bradshaw ripped into Rodgers for lying about his vaccination status when he told everyone he was “immunized” earlier this year.

Terry Bradshaw blasted Aaron Rodgers on FOX: "It would've been nice if Aaron came down to the naval academy and learned to be honest. Learned not to lie. Because that's what you did, Aaron. You lied."

Michael Strahan: "There are times to quote MLK and this was not one of them."

Terry Bradshaw rips Aaron Rodgers for being a liar pic.twitter.com/EkEJlSjyXh

During his interview with Pat McAfee earlier this week, Rodgers claimed he didn’t lie about his vaccination status when he talked about being “immunized.”

“I didn’t lie in the initial press conference. During that time, it was a witch hunt that was going on across the league,” “My plan was to say that I’ve been immunized. It wasn’t some sort of ruse or lie; it was the truth.”