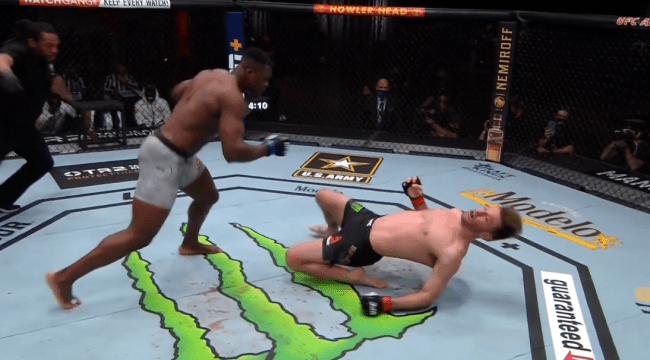 Francis Ngannou is the new UFC heavyweight champion in the world.

At UFC 260, Ngannou fought a very patient fight that paid off when he viciously knocked out Stipe Miocic in the second round.

🇨🇲🏆 @Francis_Ngannou is everything he said he ever could be. Francis Ngannou is CHAMPION! #UFC260 pic.twitter.com/VcDOo3RtSR

The Predator has done it! 🙌

Baddest Man on the Planet! 💪

What a difference three years makes.

Have to give a ton of credit to Eric Nicksick of Xtreme Couture, who has become one of the very best coaches in the game, and Dewey Cooper, too. Ngannou learned from his mistakes and greatly improved as a result of those lessons.