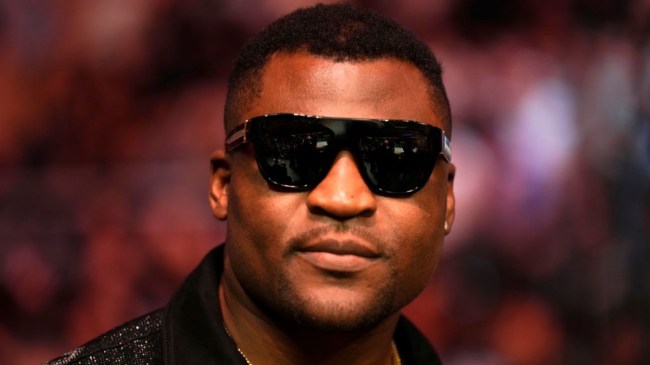 Since it was announced that Francis Ngannou was no longer going to be competing in the UFC, fight fans have been wondering what might come next for the former UFC Heavyweight Champion.

Between MMA and boxing, he has plenty of options.

He could head over to Bellator and quickly take over a division that currently has Ryan Bader as its champ.

He could make the move to PFL, and compete in next season’s million dollar tournament.

His most lucrative option most likely won’t come from the sport where he made his name.

Instead, he’s going to need to head to boxing to take on a big name if he is going to make the kind of money he turned down from the UFC.

Now it looks like he just may get that opportunity.

According to Sky Sports, Dillian Whyte has offered to take on Ngannou in a 2-fight deal that would feature a boxing match and an MMA fight.

Dillian Whyte has offered to fight Francis Ngannou in a two-fight boxing/MMA deal: "A lot of these boxing guys pick on MMA guys and beat them up in a boxing ring, but they are not brave enough to get in the cage. I'd happily fight him in boxing and the cage as well." [@SkySports]

This wouldn’t be nearly as big of a deal as the Tyson Fury fight that had been talked about in the past, but would still be a great opportunity for Ngannou.

Whyte might not be one of boxing’s biggest names, but he does still have some name recognition from a recent title fight against Fury.

He is also a former champion in the sport and a top 10 boxer in his division.

On top of that, Ngannou would also get a fight on his turf as part of this deal.

It hasn’t been very long sine Ngannou made his decision to part was with the UFC and it’s already looking like he has some interesting opportunities lined up.