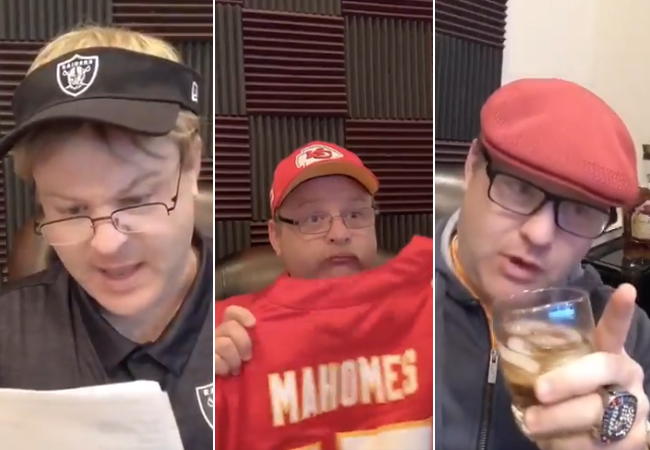 With the NFL releasing the 2020 schedules for next season, fans are feeling optimistic there will be football in the Fall.

If the season does get delayed or moves on without fans in the stands, the NFL stands to lose a ton of money.

Coaches and players probably react to the schedule the same way fans do – going week-by-week and assessing which games will be tough and which games will, hopefully, be a cakewalk.

Frank Caliendo took this idea a step further by imagining the reactions of a few NFL coaches – and Cowboys owner Jerry Jones.

Caliendo shows the overall confidence of John Gruden, Andy Reid needing just one player to succeed, Sean McVay being a savant, Bill Belichik being as excited as usual, and Adam Gase doing what Adam Gase does.

When NFL Coaches Get Their Schedules pic.twitter.com/YvRwHYJu7C

The impressions were all pretty spot on but I think Bruce Arians curses way more than Caliendo thinks.