My God, If The NFL Schedule Is Played On Time Without Fans, Teams Are Projected To Lose So Much Money 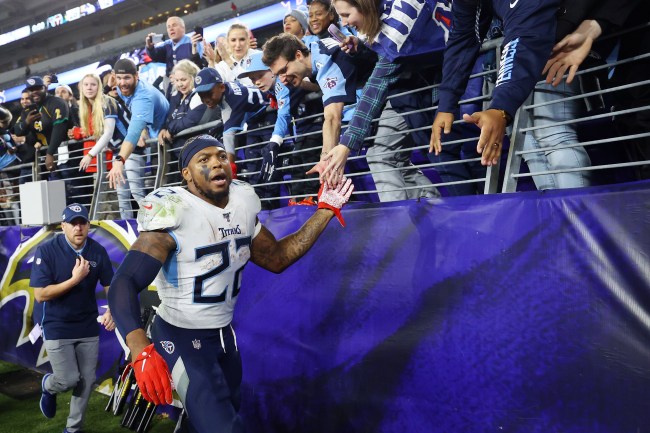 The NFL schedule is set to be released this week, which means sports fans will have something to look forward to as we still battle this awful realization that no live events are going on for the foreseeable future. While we had a quick tease a couple weeks ago thanks to the NFL Draft, the upcoming schedule release will bring more optimism that, just maybe, the league will return as planned in September without delay.

Of course, for that to happen, it would probably mean that the NFL plays in stadiums vacant of any fans. While this isn’t the ideal route the league wants to go with, if it means practicing safety and helping eliminate any risk of continuing to spread COVID-19, then be it. But that doesn’t mean that such a move wouldn’t bring lots of consequences; namely, the amount of cash NFL teams would miss out on.

In his latest edition of the MMQB for Sports Illustrated, Albert Breer outlines the impact of the NFL schedule moving ahead as planned without many adjustments — meaning a kick-off would be September 10, but without fans. The end result would be devastating to the bottom line of organizations, with one team exec even projecting a loss of $100 million in added revenue; which is a whopping $3.2 billion league-wide.

Could the NFL move its schedule back, too? I don’t think it’s crazy to consider. Two teams estimated to me that, on average, NFL clubs would lose about $100 million apiece in local revenue if the season was played without fans in the stands. So when I asked if, given the choice, those in charge would rather start Sept. 1 without fans or Nov. 1 with them, one NFC team exec didn’t mince words: “I don’t think it’s even a question. If you could play a full season with fans, I don’t see how you don’t go that way. The economic impact is too major. If it’s possible to play it with fans by pushing it back, I don’t even see what we’d be discussing.” Worse, losing fans at games for a year could have an impact past 2020, in how fans used to going to games would have old habits broken, and may realize it’s easier to stay home and watch from there.

Of course, the union will come into play on these decisions, and the first place would be connected to the salary cap. If the season went on without fans, and that $100 million figure is a ballpark reality (making the losses $3.2 billion league-wide), we’d be talking about a $48 million hit on the salary cap. In that scenario, the league and union would likely work together to “smooth” the cap (spreading the cap decrease over multiple years instead of dropping it by the full amount in one season), perhaps by borrowing from the benefits money or future years. But that, obviously, would have an impact down the line. And it wouldn’t be surprising to see it slow negotiations with big-ticket players in the coming months, with so much uncertainty ahead.

So the league has a serious question it needs to ask itself: Is it worth staying on track and playing the full NFL schedule as planned — but doing so without any fans in the stadium and risking loads of profit — or do they delay the start by a month or two, hope there’s a clearer picture of an actionable plan in preventing the spread of COVID-19, play a full season with socially distant fans, and just throw off the routine they’ve always had? It’s a major decision, and there’s no clear-cut answer just yet.

There are several rumored proposals floating around out there about how the NFL schedule could be altered — and how the Super Bowl could be pushed back to the end of February. The current league rules allow for flexible dates, but, should the Big Game be moved beyond the start of the 2021 league year; which would be in mid-March sometime, then the league would need to negotiate with the Players’ Association, per Breer.

How far could the league move the Super Bowl back? It’s a fair question. A source told me that the league requires, with every Super Bowl bid, that cities hold extra dates in case the game has to be moved. So Tampa presumably has those. That said, one team exec told me the league probably wouldn’t want to move the Super Bowl past the start of the 2021 league year, which comes in mid-March. Moving that date would require negotiation with the union.

Who knows how the ongoing pandemic with impact the start of the NFL schedule and if there will be a season at all. At least one governor, Gavin Newsom of California, has already said he doesn’t expect games to be played in his state, so there’s a lot of uncertainty right now. And while we all want sports back as soon as possible — assuming it’s safe to play — if it means doing so and losing so much money in the process, the league needs to decide if it’s really worth it.