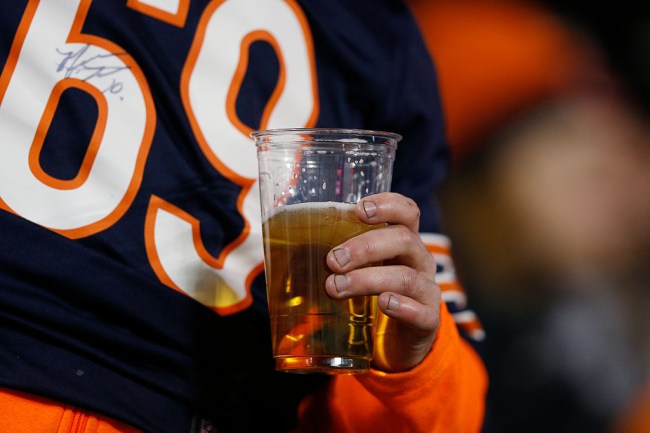 If you consider all of the ways the world as we once knew it has been impacted over the past couple of months, I think most people out there would say their overall quality of life has taken a noticeable hit. With that said, there are some silver linings to be found in this gargantuan dark cloud currently hovering ominously over most of the planet.

Unlike a lot of people, I can’t brag about using some of my newfound free time to develop a sourdough starter I can harness to post a picture of a loaf of bread like seemingly every other person who uses Instagram but I can say my bank account has been noticeably happier with me based on how much I’ve saved by not being able to frequent my favorite drinking establishments.

I don’t know if I’m necessarily consuming less alcohol, as some of the bar-related budgetary reductions are offset by an uptick in contributions to liquor stores as I do my part to help support local businesses during this time. However, it turns out drinking straight from a bottle of whiskey while sitting alone on your couch is a whole lot cheaper compared to going somewhere and having someone pour it into a glass for you.

It’s not the worst development, but at the same time, there’s nothing I’d love more right now than to be able to pay three times more for a bottle of High Life than I would if I just bought some at the store. I also never thought I’d say this, but I would kill for the chance to purchase an almost unjustifiably overpriced beer at a sporting event if it meant I could watch a game in person.

As of right now, there’s no telling when we’ll be provided with the opportunity to do the latter again. There are some reports suggesting large gatherings could be off the table entirely until next year and the majority of fans say they’ll avoid attending games in person barring a vaccine becoming available—although there are still plenty of people out there who would be willing to subject themselves to the risks if given the chance.

The NFL recently canceled every contest that was slated to be played in an international location this season but all signs point to Roger Goodell releasing an otherwise unimpacted schedule this week. However, it’s still unclear what the gameday experience could look like if the league determines it’s safe for fans to be in the stands.

Peter King decided to examine that topic in his Pro Football Talk column on Monday, and while it’s worth noting his thoughts should be taken with a grain of salt thanks to the outlet’s tendency to baselessly speculate as often as it breaks actual news, he claims he could see the NFL banning stadiums from selling alcohol, theorizing it would reduce the number of people gathering at concession stands and subsequently reduce the overall number of visits to the bathroom.

Again, there’s no real reason to think this hypothetical is based on any inside information, but did you really attend a game if you don’t take a glance at your credit card statement afterward and kick yourself for spending as much as you did on beer? That’s gonna be a no from me, dawg.