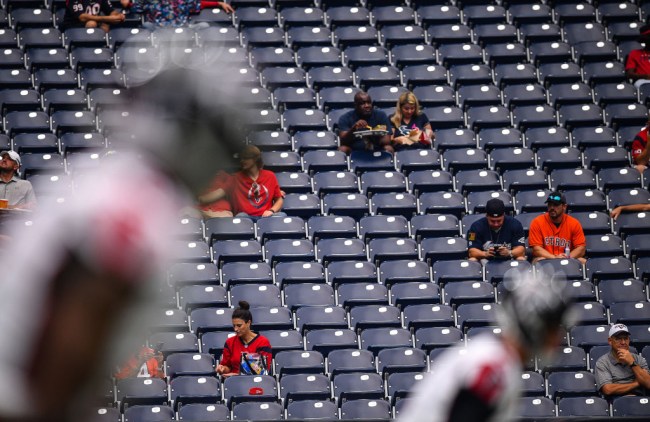 Unless you happened to be alive during a time when some of the most famous athletes in America swapped their uniform for a new one in order to join the fight against the Axis powers (and if you were, props for having fantastic taste in websites compared to most people your age), you’re currently experiencing an unprecedented situation when it comes to sports.

As of a month ago, I had plans to head down to Tampa Bay for WrestleMania and was amped to finally get to experience March Madness in person for the very first time, but when everything was said and done, I was forced to pivot to watching grainy videos of Gerry McNamara on YouTube and repeatedly asking myself “What the fuck is happening right now?” while John Cena and Bray Wyatt engaged in some sort of performance art.

Over the past week or so, several of the leagues that abruptly closed up shop last month have started to tease potential contingency plans in an attempt to salvage their respective seasons, as the NHL is thinking about setting up shop in North Dakota, Major League Baseball may have everyone converge in Arizona, and the NBA may try to play the rest of its games in a couple of undetermined cities.

The one thing all of those proposals have in common is that there will be nary a fan in attendance to watch those games in person and it’s impossible to know when we’ll reach a point where that’s even in the realm of possibility. However, it looks like leagues could be facing a major issue even when we do finally reach a state of semi-normalcy according to a new survey conducted by Seton Hall.

762 Americans were asked a number of questions about the current and future state of sports but the most notable one was in relation to whether or not they will attend a game if play resumes prior to the development of a COVID-19 vaccine. A fairly decisive 72% of respondents said they wouldn’t take the risk, (although that number drops to 61% among self-identified sports fans) but 76% said they’d happily watch them on television even if they’re played without spectators.

I couldn’t find any recent or definitive numbers concerning what percentage of overall revenue can be contributed to ticket sales but I don’t think there’s any in-depth analysis needed to conclude this isn’t fantastic news for any league.

I don’t know when things are going to get back to normal but I think it’s safe to say “normal” is going to have a very different definition than it once did when everything is said and done.