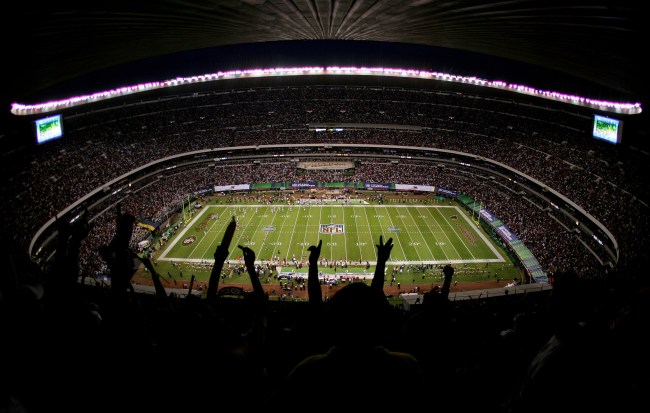 The NFL season is a full go for now atleast.

NFL spokesman Brian McCarthy spoke with ESPN and said the league will release the entire 17-week schedule next week with no alterations and plans to have fans in attendance at stadiums in the fall.

NFL schedule drop to include full 17-week slate, with visions of fans in the stands.

League is not considering centralized location for games.
https://t.co/BdpfhYFzRU

The league will release its 2020 schedule late next week without any major changes, league spokesman Brian McCarthy confirmed — including a Sept. 10 opener, the Super Bowl on Feb. 7 and visions of fans in the stands.

“We plan to start on time,” McCarthy said.

The NFL does have contingency plans in place just in case the pandemic worsens in the United States but they seem pretty confident that the season will go forward as planned.

The league has evaluated contingency plans should the pandemic intensify, working in conjunction with the NFL Players Association and medical experts on a set of protocols.

One of those contingencies is delaying the season until mid-October, according to the Sports Business Journal. Empty stadiums and no bye weeks have long been discussed.

One option not on the table, a source told ESPN, is gathering players at a centralized location to execute a season. The NBA and Major League Baseball have discussed playing at a neutral site such as Walt Disney World, Las Vegas or Arizona, but the NFL doesn’t plan to do that.

According to Mike Florio of Pro Football talk, the league believes there’s an “extremely small” chance the NFL season will be canceled this
year.

Per sources with direct knowledge of both the NFL’s deliberations and the current and expected medical and scientific developments in the coming weeks and months, there is an “extremely small” chance that there will be no NFL season in 2020.

So what would trigger the “extremely small” outcome? As one source put it, the information gleaned from fighting and studying the coronavirus to date would have to be proven dramatically incorrect by future behavior of the virus and the illness it causes in the people who are infected by it.

The NFL season is still months away and a lot can happen from now to then but with the spread of coronavirus beginning to plateau around the country, it’s easy to see why the league would be confident in the season going ahead as planned.