Frank Clark Doesn’t Care If The Titans, Or Anyone Else, Thought His Trash Talk Was Disrespectful 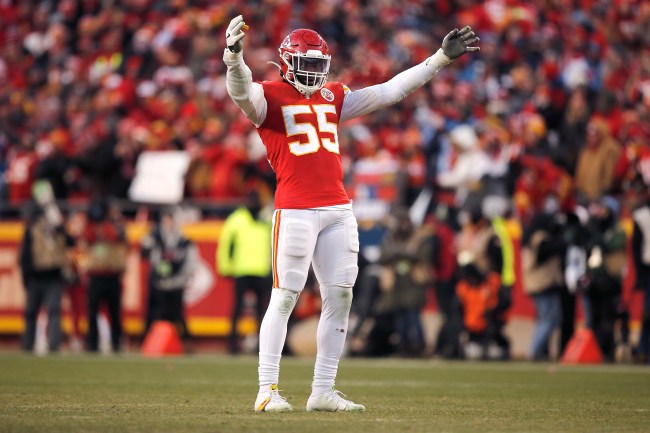 You have to be pretty confident to play in the NFL and Chiefs defensive end Frank Clark may be one of the more confident guys in all the league.

Ahead of Kansas City’s matchup against the Titans in the AFC Championship game, Clark decided to send a message to the league leader in rushing, Titans running back Derrick Henry. He claimed that Henry isn’t ‘hard to hit’ and that he should ‘be running harder at his weight’ on top of saying that he’s ‘not difficult to tackle.’

Clark and the Chiefs defense backed up those claims by holding Henry to 69 rushing yards punching their ticket to the Super Bowl. After the win, Clark took to the cameras and shouted about Henry saying ‘we sendin’ his ass home early.’

While talking with the media in Miami ahead of the Super Bowl, Clark was asked about his strong words and trash-talking and let’s just say he’s not too worried about how the Titans or anyone else took the message.

Maybe the most interesting aspect in all of this is that Clark really didn’t have a huge impact on shutting down the Titans. He recorded just four tackles, which included just one solo tackle, to go along with one sack late in the game when the contest was all but over.

On one hand, you have to admire Clark’s confidence, but on the other hand, he’ll need to start backing that talk up with some individual numbers.

Related: The Key Stats You Need To Know For Super Bowl LIV: 49ers vs. Chiefs