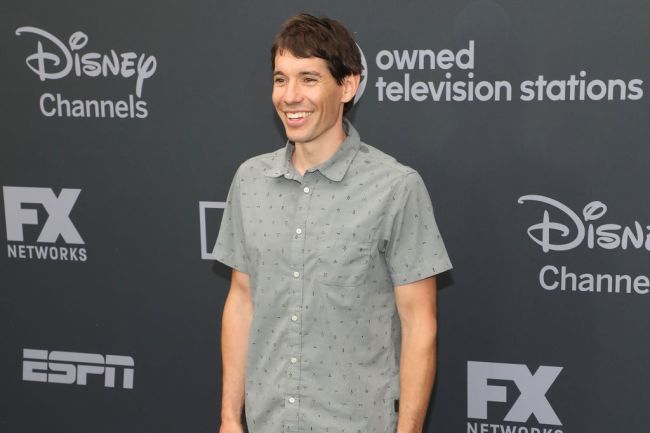 Alex Honnold is one of the coolest dudes on the planet and now he’s about to have his own television show. The 36-year-old rock climber is set to star in ‘On The Edge,’ a new National Geographic series on Disney+.

Honnold, of course, is famous for his free solo climb up the El Capitan face in Yosemite National Park. His insane feat was then made into the palm sweat-inducing National Geographic film ‘Free Solo’ and won the Academy Award for Best Documentary.

‘On the Edge with Alex Honnold’ will bring viewers alongside Honnold’s quest to fulfill a lifelong dream. He will climb some of the most remote and most difficult walls and peaks of Greenland.

Along the journey, Honnold and his team will encounter icebergs, glacier sinkholes, rockfalls and ice storms. His biggest challenge will come from Peak 3342, one of the highest peaks in Greenland that is currently unclimbed.

In addition to his one-in-a-lifetime climbing adventure, Honnold will meet some of the scientists who are working on the frontline of climate change. Greenland has become the crucible of the climate crisis and Honnold will help shed some light on the impacts.

“I’ve always wanted to climb in Greenland—it has some of the most remote and epic walls in the world. But it’s also being tremendously affected by climate change,” said Honnold to Deadline. “I’m very excited about the opportunity to explore the climbing while also sharing some of the local impacts of climate change with a global audience. Our changing climate is the biggest issue facing humanity and I hope that this will help inspire people to take action.”

Honnold’s audacious climbs has made him the most recognized climber in the world. He has used his platform for good and formed the Honnold Foundation, an environmental nonprofit.

His foundation fights climate change by promoting solar power for a more equitable world. Honnold’s upcoming series will be the perfect marriage of his passion for climbing and his passion for the environment.