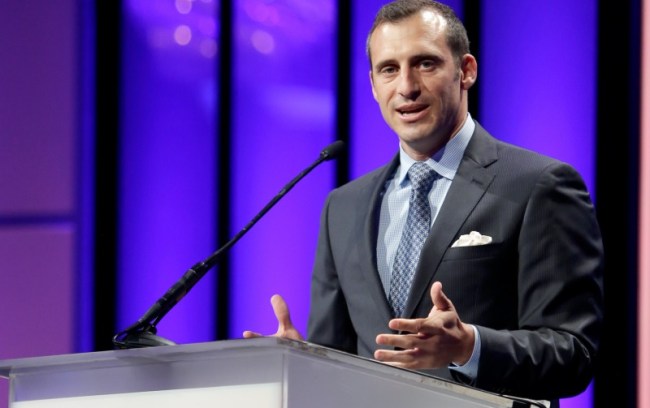 Fox Sports host Doug Gottlieb is currently under fire over his hot take regarding Kyrie Irving.

On Friday, it was revealed that Irving was one of the NBA players who advocated for players to sit out the season amid racial tensions in the country.

Irving even went as far as to say that he was willing to “give up everything” for social reform.

Gottlieb saw Irving’s quote and criticized the Nets star by using Pat Tillman, who left the NFL to join the army and was killed in a friendly fire incident in Afghanistan, as an example of someone who “gave up everything” for a cause.

Pat Tillman gave up everything https://t.co/vkfUjJPHNt

Kyrie is an awesome Hooper. Loved Uncle Drew as a movie. I think the Orlando Bubble is a terrible idea.. but Kyrie’s logic behind his stance is so bizarre.. then his “Id give it all up”.. cmon man.

Gottlieb was immediately blasted for his take.

Until an NBA player gets killed by friendly fire in a war they don't believe in, they have no ground to stand on.

pat stopped playing a sport to do a thing he believed in so i don’t think dougie understands the point he’s making https://t.co/YtmDQcY1JL

It becomes clearer every time someone uses his name to fit their narrative that people truly don’t know what Pat Tillman stood for. https://t.co/qWFpzLDQe5