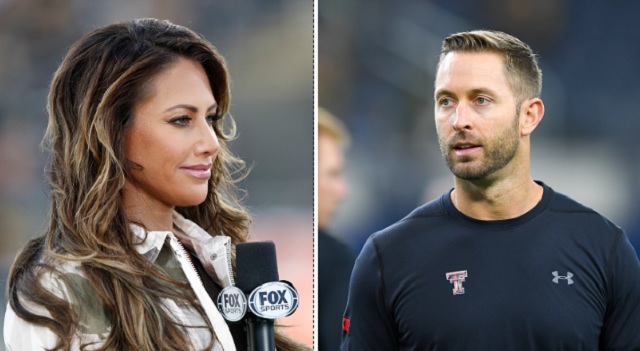 Kliff Kingsbury is having a tremendous week.

Just yesterday it was announced that Kingsbury was set become the new head coach of the Arizona Cardinals just a few months after he was fired from Texas Tech.

What Kliff Kingsbury has set up for him in Arizona:

After Kingsbury was announced as the Cardinals new hire, FS1 host Holly Sonders came out to congratulate him in a very flattering matter which caught the eye of several Twitter users.

Couldn’t be any prouder of this one. ❤️❤️ Truly the best human being I know. Congratulations K. Let’s. Go.

The desert just got a whole lot hotter.🔥🔥 Congratulations @KliffKingsbury, so proud of you. ❤️ https://t.co/PgNxPmEUC9

Sonders pretty much confirmed that the two were dating when someone asked if she had a crush on Kingsbury.

Always will! He’s the best. And we are a little past the crush part

Holly and Kliff confirmed. The sports version of Gosling and Mendes

Please look at the camera. One time. For mommy.