Fury Vs Wilder 3 Stream – How To Watch Online via ESPN+ 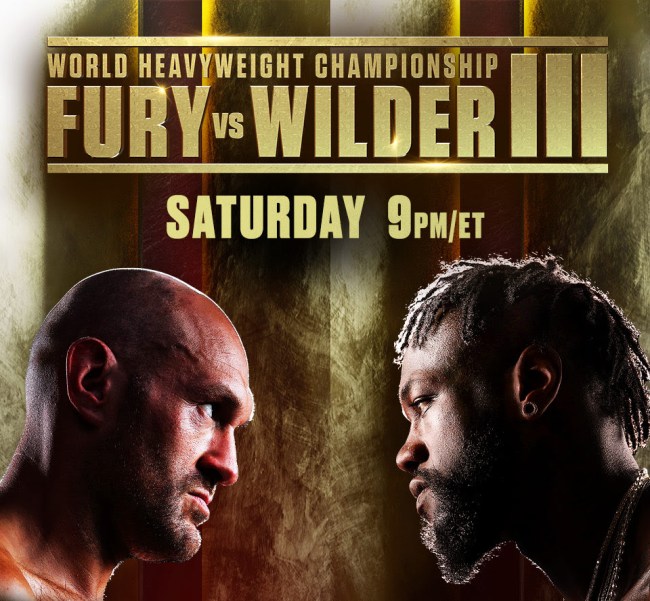 Heavyweight boxing is back. Tonight marks one of the biggest boxing matches of the year, live from the T-Mobile Arena in Las Vegas. After being pushed back from the original fight date in July, Tyson Fury squares off against Deontay Wilder in the third fight of their trilogy fight.

If you haven’t been following our excellent pre-fight coverage here at BroBible, get caught up here.

If you’re looking to watch the Fury vs. Wilder stream, there are a couple options – perhaps the easiest being via ESPN+ PPV.

Fury vs. Wilder 3 Live Stream – How To Watch Online

Tonight’s Fury vs. Wilder 3 stream will air via PPV on ESPN+ and via regular cable PPV via Fox.

If you’re looking to buy the fight, the price for the Fury vs. Wilder stream is $79.99.

Here’s what you need to know: To watch Wilder vs. Fury online, first sign up for ESPN+.

Once you’re signed up, you’ll be able to buy the Wilder vs. Fury 3 stream via PPV. Here’s the landing page for buying the fight via ESPN+.

Have a safe and fun Saturday night! Enjoy Fury vs. Wilder 3 stream, it’s gonna be a great fight night!