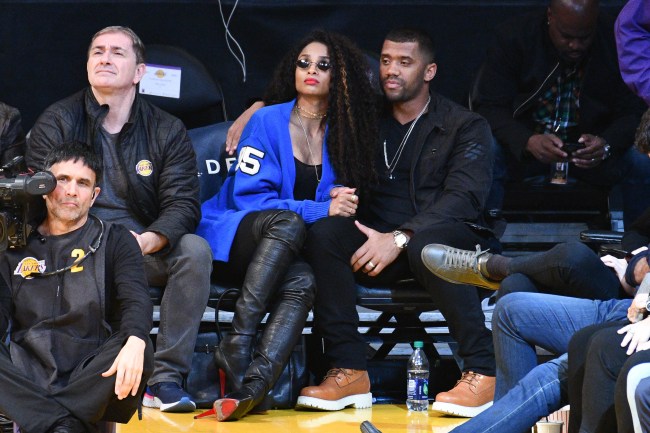 Over the past few years the Atlanta based rapper has taken shots at her ex’s husband and continued to do so last night after releasing his new album “WIZRD”.

During an interview on FREEBANDS radio to promote the album, Future called out Wilson for “not being a man” and not telling Ciara to not talk about him on the Internet.

He do exactly what she tell him to do… He not being a man in that position.”

Future was also bitter about Ciara wanting him to meet Wilson years after she introduced him to their son.

“Then when y’all get married, she was like, ‘I want you to meet Russell now.’ Y’all already done did all the damage. I don’t want to meet him now. You supposed to done met him before you brought the kid around him.”

The Internet felt that Future was being irrationally bitter about Ciara’s relationship with Wilson.

Future seems so bitter. And I feel like he’s bitter not because he lost the love of his life, but because he didn’t get to abuse her the way he wanted to. Just a theory.

Future is mad that Russell is taking better care of his son and treating Ciara like a Queen. 💀💀💀 He mad that Russell Wilson is doing the job of what a man is supposed to do? What need he to mad at is himself for not doing what Russell is currently doing when he had Ciara. https://t.co/4HmtBhFSoE

You released a new album but yet #Ciara is the number one trending topic. 😂😂😂😂😂😂 You look like a fool. pic.twitter.com/s0z2fs5oQ8

Future basically said that Russell "is not being a man" because he listens to what Ciara tells him.

What's wrong with listening to what your wife is telling you?

Ciara's goodies must be it cuz Future is stiiiiiilllllll pressed.