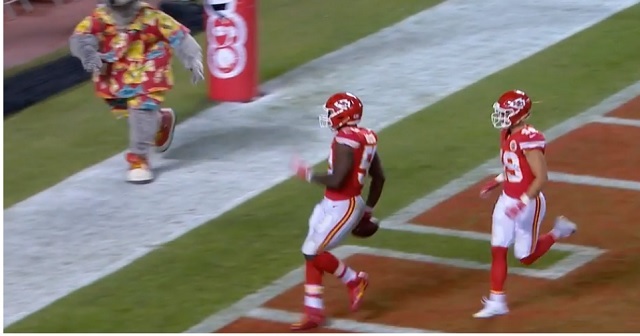 Gamblers who took the Redskins and the seven points tonight were feeling pretty good about their bets with about four seconds left in the game when Washington was down three points to the Chiefs. Unfortunately for those who took the points, the Redskins ran a lateral play and ended up fumbling the ball which led to the Chiefs scoring a touchdown which allowed them to cover the spread.

That’s one of the most amazing gambling plays you’ll ever see.

Cover AND the over on the final play!?!?

And I just lost my Redskins +7.5 bet on that bullshit

Unreal BACK DOOR COVER at the end. That affected everyone that bet that game. Under, +7 covered to the over and -7 just like that

That was the sickest back door cover I have ever seen. Thanks Andy you had an extra timeout you douche game should of been over