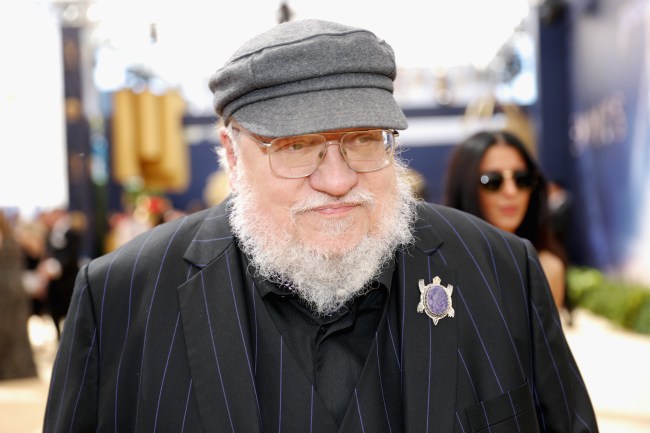 Last night the NY Giants did the unthinkable and traded away franchise wide receiver Odell Beckham Jr. to the Cleveland Browns in a blockbuster deal.

Breaking: Odell Beckham Jr. has been traded to the Browns, sources confirmed to @AdamSchefter. The deal was first reported by NFL Network. pic.twitter.com/nynEYnDvdO

GREAT JOB GETTELMAN YOU FUCKIN JERKOFF TRADE A SOLID DB TO A DIVISION RIVAL AND TRADE THE ONLY RECOGNIZABLE STAR ON THE TEAM TO CLEVELAND. I HOPE THE BROWNS WIN THE SUPER BOWL 5 YEARS IN A ROW https://t.co/uM56yLGqHY

GO FUCK YOURSELVES. FUCK DAVE GETTLEMAN AND FUCK JOHN MARA. WHAT A TERRIBLY RAN FRANCHISE… I’M AT A LOSS FOR WORDS. Meanwhile, my Odell Beckham Browns jersey will be in the mail shortly. Sorry that you will now lose out on my money and I will not attend a single game this year.

How does Dave Gettleman hold a job?

Dave Gettleman is the worst executive in the NFL.

Not only were fans on Twitter angry but “Game Of Thrones” authoer George R.R. Martin also joined in to bash the Giants for the trade in a blog post titled “kill me now”.

The Giants have traded Odell Beckham Junior to the Cleveland Browns.

They get a first (the 17th overall) and a third in this year’s draft, and a safety, Jabril Peppers.

The Giants are GOING FOR IT ALL, clearly.

And now they have traded OBJ. Their best wideout, and one of the very best in the NFL. I’ve been watching and rooting for the G-Men since “the Greatest Game Ever Played” in 1958. Beckham was not only the best receiver on today’s Giants, but he was the best receiver this storied NFL franchise has EVER had in their long history, and probably the best receiver they will ever have. They are certainly not going to replace him with the 17th overall pick in the forthcoming draft.

No way that any team can replace its best wideout, its best pass rusher, its best safety, and its best run stuffer in one year, two years, three years.

I thought the last two seasons were rough for Giants fans. Next year is going to make them look like the good old days.

Someone pinch me. I am having a Big Blue nightmare.

The Internet had plenty of hilarious GOT jokes in regards to Martin’s OBJ post.

George RR Martin is mad that the Giants traded Odell Beckham so he now knows half of what I felt when he killed all the Starks off.

George RR Martin is NEVER giving us that final Game Of Thrones book… but mans dusted off his blog to shit on the Giants for the Odell trade real quick https://t.co/pSV8hE0pzm